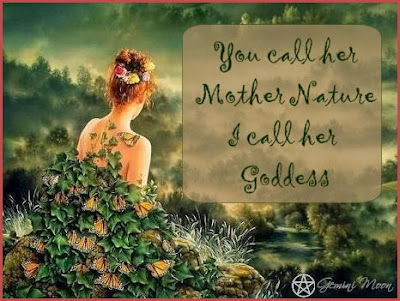 Two weeks ago, I wrote here about a proposed new “crime against peace” called ecocide, deemed to be equivalent to genocide.  I will have more to say about that matter soon, but in the meantime, it seems increasingly clear that—hand-in-hand with personalizing “nature,” will come criminalizing resource development as an assault against nature—thereby stifling prosperity by returning us, essentially, to so many hunter-gatherers—or better yet, just gatherers. That such a course will increase poverty and misery—or at the very least, make its eradication much more difficult— seems to escape its proponents.

It now seems very clear that personalizing nature and criminalizing development are quickly becoming major agenda items at the leading edge of the emerging environmental religion.  From an opinion article by Naomi Klein in the Guardian:

The Bolivian government got the ball rolling [in a global warming conference]  by proposing four big ideas: that nature should be granted rights that protect ecosystems from annihilation (a “universal declaration of Mother Earth rights”); that those who violate those rights and other international environmental agreements should face legal consequences (a “climate justice tribunal”); that poor countries should receive various forms of compensation for a crisis they are facing but had little role in creating (“climate debt”); and that there should be a mechanism for people around the world to express their views on these topics (“world people’s referendum on climate change”).

Green is indeed fast becoming the new red.  But if you want to stifle prosperity and keep destitute countries poor, there would be no better way than to criminalize resource development—for that, not pollution, is the real target.  But as I said, I will weigh in on this matter in more detail soon.
0
Print
Email
Prev Article
Next Article