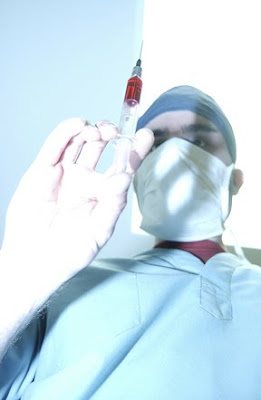 I found the article about the Belgian euthanasia coupled with organ harvesting referenced in my critique yesterday of a bioethics journal article  urging that very approach.  The woman in question was not terminally ill, but in a “locked-in” state, that is, fully conscious and completely paralyzed.  She wanted to die—a desire accommodated by her doctors.  Just prior to being killed, she decided to donate her organs. From, “Organ donation after physician-assisted death,” (Letter to the Editor) published in the journal Transplantation (21 (2008) 915—no link):

The day before the euthanasia, the patient expressed her will of after-death organ donation. The ethical and legal possibility of combination of the two separate processes, physician-assisted suicide and after-death organ donation was then considered and agreed by the institutional ethical committee president. The intravenous euthanasia procedure was performed according to the regular protocol, in the presence of the patient’s husband, in a room adjacent to the operative room. The patient was in her regular hospital bed. No member of the transplant team was present during the euthanasia. When the patient’s death was declared by three independent physicians after 10 min of absence of cardiac activity, her cadaver was placed on the operative table. The liver and both kidneys were harvested and transplanted according to the regular Eurotransplant organ allocation rules for after-death organ donation. Currently, more than 1 year later, all three recipients are enjoying a normal graft function. 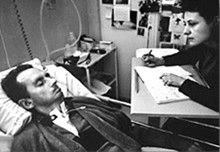 If this doesn’t set off alarm bells about how the sick and disabled are increasingly being looked upon not only as burdens (to themselves, families, and society), but potential objects for exploitation, what will?  A disabled woman was killed, even though people with locked-in states often adjust over time to their disabilities and are happy to be alive. Indeed, the book The Diving Bell and the Butterfly-written by—Jean-Dominique Bauby—tells just such a story.

Moreover, agreeing to harvest organs from euthanasia/assisted suicides raises the very realistic prospect that despairing people with terminal illnesses or disabilities (or perhaps, just despair) could latch onto being killed for their organs as a way of bringing meaning to their lives.  This is very dangerous territory, made all the more treacherous by doctors, spouses, and a respected medical journal validating the ideas that dead is better than disabled and that living patients can, essentially, be viewed as a natural resource to be killed and mined.

The authors don’t see it that way, of course. They have visions of organs dancing before their eyes:

This case of two separate requests, first euthanasia and second, organ donation after death, demonstrates that organ harvesting after euthanasia may be considered and accepted from ethical, legal and practical viewpoints in countries where euthanasia is legally accepted. This possibility may increase the number of transplantable organs and may also provide some comfort to the donor and his (her) family, considering that the termination of the patient’s life may somehow help other human beings in need for organ transplantation.

Taking the organs was the easy decision. Once you’ve pulled medicine into the forbidden zone of active killing, finding self-congratulatory justifications becomes a most desirable quest.

Some might defend the act by noting the patient’s decision to be euthanized was not made concurrent with her decision to be an organ donor.  I don’t see the distinction. Besides, once society accepts that the two can be joined, saving others could easily become a frequent motivation for asking to be killed.  Heck, given the number of non voluntary euthanasia deaths in the Netherlands—coupled with the push for “presumed consent” to harvest organs—“choice”  itself could one day become moot.
0
Print
Email
Prev Article
Next Article