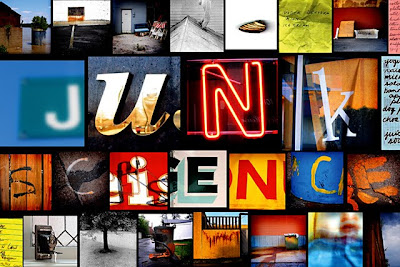 Science capabilities are taking us into ethical conflicts because we are at the place where the most helpless human beings are being coveted for use as objects to be exploited like any other natural recourse.  Adding insult to injury, many justify this approach by resorting to junk biology—redefining scientific terms, for example, in order to justify doing to human life what many would otherwise consider to be unacceptable. Example: Arguing that people in a persistent unconscious state are really dead so their organs can be taken.  Another example: Redefining the term embryo as beginning at implantation in a uterus, when embryology text books teach—and Nature once stated—that a new organism begins once the complicated process of fertilization is completed.  This pretense—that an early embryo isn’t human—is our subject for this post.

As I quoted him in Consumer’s Guide to a Brave New World, biologist Lee Silver candidly described this game in his pro cloning and pro embryonic stem cell research book Remaking Eden, stating:

I’ll let you in on a secret.  The term pre-embryo has been embraced wholeheartedly…for reasons that are political, not scientific.  The new term is used to provide the illusion that there is something profoundly different between what we nonmedical biologists still call a six-day old embryo [the blastocyst] and what we and everyone else call a sixteen-day old embryo [an embryo that has begun to develop differentiated tissues].

The term pre-embryo is useful in the political arena—where decisions are made about whether to allow early embryo (now called pre-embryo) experimentation—as well as in the confines of a doctor’s office, where it can be used to allay moral concerns that might be expressed by IVF patients.  “Don’t worry,” a doctor might say, “ it’s only pre-embryos that we’re manipulating and freezing.  They won’t turn into real human embryos until after we’ve put them back in your body

And now a Korean court has gone even farther ruling that the unimplanted human embryo—which scientifically is a living organism— isn’t even a life form. (What is it, chopped liver?) From the story:

South Korea’s Constitutional Court has ruled that human embryos left over from fertility treatment are not life forms and can be used for research or destroyed, a court spokesman said Friday. In its ruling Thursday the court upheld an existing law allowing the use of leftover embryos for research. The law also allows fertility clinics to dispose of frozen embryos five years after fertilisation treatment is completed. “The ruling means that human embryos that are in their early stage and are not implanted into a mother’s womb cannot be seen as human life forms,” the spokesman, Noh Hui-Beom, told AFP.

Unbelievable.  This cuts at the heart of the integrity of science.  All scientists and boosters of science should scream in protest against such junk biology—even if they support the research. But they won’t.  The sector has become so politicized that protecting the overarching integrity of science doesn’t matter when they support the policy in question.  Besides, they’re “the scientists,” and I suppose they and their camp followers just presume the right to be postmodern and let emotional narratives get them what they want.  But by doing so, they are killing the very thing they claim to love.
0
Print
Email
Prev Article
Next Article