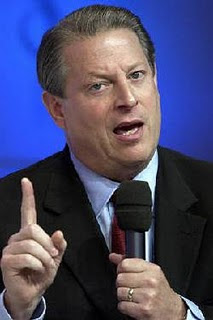 See, this is a small, but I think important, example of why science has lost credibility on the global warming front. Science, one of the most important science journals in the world, published a fake photo of a polar bear on a melted ice floe in the middle of an infinite sea to defend global warming science. From a Daily Telegraph blog:

We are deeply disturbed by the recent escalation of political assaults on scientists in general and on climate scientists in particular. All citizens should understand some basic scientific facts.

To illustrate its item about scientific facts, Science chose this image of a doomed poley bear:

The image associated with this article was selected by the editors. We did not realize that it was not an original photograph but a collage, and it was a mistake to have used it.

Oh, come on!  That’s because the editors were seeing what they wanted to see.

You can’t complain that the significant loss of credibility of global warming researchers is unfair—and then use a fake photo to illustrate your point—particularly given the history of recent months.  What an embarrassment.
0
Print
Email
Prev Article
Next Article