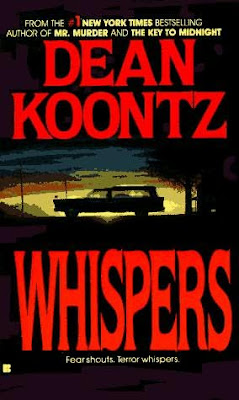 I was just interviewed by a high school student about how I became involved in anti assisted suicide activism.  It’s a painful story.  I was very happily co-authoring books with Ralph Nader, who had been my hero as a teenager.  I couldn’t believe my good fortune to be both his colleague and friend.  But as I was immersed in the writing of what turned out to be our last book together, No Contest: Corporate Lawyers and the Perversion of Justice in America, my friend Frances committed suicide.

What I learned about her death changed my life forever, and induced me to charge into the assisted suicide issue in full throated opposition—which led to everything else.  That process began with an article I wrote for Newsweek back in 1993 in a column called “The Whispers of Strangers.”  From the column:

“Today is my 76th birthday,” the letter began. “Unassisted and by my own free will, I have chosen to take my final passage.” Suicide. My friend Frances died in a cold, impersonal hotel room after taking an overdose of sleeping pills, with a plastic bag tied over her head suffocating the life out of her body. Frances was not a happy woman. She had family troubles. She suffered from chronic lymphatic leukemia and was facing the difficult prospect of a hip replacement. She also had a chronic nerve condition that caused her to feel a burning sensation on her skin. But Frances was lucid, aware and involved. And she certainly was not terminal, at least not in the sense of impending death. In all likelihood, she had years of productive and meaningful life ahead of her. I am still in control,” she wrote. “The choice is mine—this act is not one of ‘suicide’-I consider that it [is] my final passage.”

Frances wasn’t terminally ill. She had family problems and some afflictions. She had been on and off suicidal for years. But the nature of the thing, how it came to pass, if you will, disturbed me greatly, and I couldn’t just mourn her and move on:

I had come to believe that she had a whisperer quietly urging her on. After her death, I learned there was indeed such a “voice.” I discovered it among her possessions that her executor sent me. Frances had a suicide file (ever the organizer, she kept a file for everything), filled with publications from the Hemlock Society and other writings extolling the moral correctness of self-termination and euthanasia. That these writings had a major influence on Frances there can be no doubt. They were carefully clipped and highlighted in yellow marking ink. Many were dogeared from frequent reading. One of the articles was a “how to” piece that told the reader the best drug to take and the proper use of a plastic bag placed loosely over the head to make sure death was not foiled. As I read the piece, I felt chills run up my spine. It was as if I were reading an exact description of Frances’s suicide, so closely had she followed the instructions. I also found several articles recounting stories of “good” suicides. These tales, eerily comparable to the religious practice of “witnessing” to spread the faith, had a consistent theme: that suicide could be empowering, beneficial and a positive, even uplifting, experience.

Even then—as a first impression, if you will—before the years of study, in depth interviews for Forced Exit—including with euthanasia advocates in the Netherlands—further research for Culture of Death, international travel, countless radio/television interviews, debates with the world’s foremost assisted suicide advocates, I knew instinctively where this would all lead:

Frances once told me that through her death she would be advancing a cause. It is a cause I now deeply despise. Not only did it take Frances, but it rejects all that I hold sacred and true: that the preservation of human life is our highest moral ideal; that a principal purpose of government is as a protector of life; that those who fight to stay alive in the face of terminal disease are powerful uplifters of the human experience. [This was an allusion to actor Michael Landon, who some may recall had fought a courageous and public fight against pancreatic cancer, appearing on the Tonight Show to tell Johnny Carson and the country about his struggle.]


Of greater concern to me is the moral trickledown effect that could result should society ever come to agree with Frances. Life is action and reaction, the proverbial pebble thrown into the pond. We don’t get to the Brave New World in one giant leap. Rather, the descent to depravity is reached by small steps. First, suicide is promoted as a virtue. Vulnerable people like Frances become early casualties. Then follows mercy killing of the terminally ill. From there, it’s a hop, skip and a jump to killing people who don’t have a good “quality” of life, perhaps with the prospect of organ harvesting thrown in as a plum to society.

All of that is true or well on the way. Kevorkian took the kidneys of one of his assisted suicides, and reputable bioethicists have suggested that obtaining organs from such deaths would help ease the organ shortage.  Meanwhile, even more people are urging that we harvest the organs of people in a PVS—in other words kill them for their organs.

I had planned for this article to be the beginning and end of my involvement with assisted sucide—I was planning—hoping—to continue working with Ralph.  But then I received a thick bundle of hate mail accusing me of being Torquemada, wishing that I would suffer cancer and live years in agony, etc.. The  letters yelled at me that assisted suicide was the future and euthanasia noble—whether I liked it or not—and this was before e-mail!  I remember reading letter after letter thinking, “What happened to my culture and where was I when it happened?”  And then Rita Marker and the International Task Force reached out, and one could say, recruited me.  And my life became different than I had ever expected it to be.

Ironically, Frances prided herself on being a networker, and she always told me that her great strength was helping those for whom she cared find their proper role in life.  How ironic that in her last, lethal act, she did that with me.
0
Print
Email
Prev Article
Next Article