Science itself is not our opponent or otherwise the enemy of God. Naturalism, however, is. Naturalism, the believe that the physical universe of time, space, matter, and energy is all that exists, sets itself as the opponent of the Eternal. It serves as the fundamental presupposition and working assumption of a great deal of the scientific community. But not all.

As a presupposition, naturalism is held up as the first guiding principle of one brand of science. All energies are driven by this belief. It may not be a “religion” in any formal sense, but it suffices to take the place of religious belief and as such operates on the same plane. It thus serves as the explanation for why things are they way they are. This is also known as metaphysical naturalism.

As a working assumption, naturalism sets today’s ground rules for the scope of scientific inquiry. It is expressed as a condition for experimentation. Going further than a basic physicalist approach, which simply limits the scope of inquiry to the physical world, not addressing the realm of theology, the naturalistic assumption specifically addresses theology and tells the scientist that there is nothing outside of the physical world to consider, let alone to test. 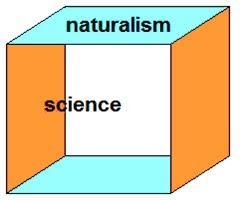 This is not to suggest that science can or, if it could, it should, test the metaphysical. Not at all. The concern is that the naturalistic method makes the mistake of addressing the metaphysical. It declares that there is nothing other than the physical. This declaration is unnecessary to the work of inquiry and says more about the bias of the scientist than about the character of the results that the scientist might produce, though those do come with an evident taint.

Naturalism serves not only to frame science in general, but to frame evolutionary theory. It has been stated and restated often that “nothing in biology makes sense except in the light of evolution.” This argument is making two points. The first, with which I have no difficulty, points to genetics and biological change. Small-e “evolution” accounts for redheads, blonds, and short people. Few argue that point. 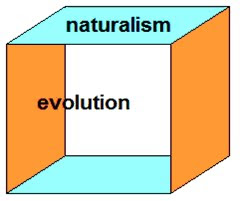 But naturalism often serves as a mechanism for the bundling of naturalism and evolution into the convenient package “N&E” (as A. Plantinga calls it). I call it “big-E” Evolution. It amounts to a homogenization of both metaphysical and methodological naturalism, along with evolutionary processes, into a convenient answer and framing for (and thus control of) science. It then gains the capacity to co-opt science away from anyone religious and claim its ownership only for the atheist. 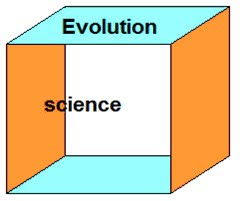 The practical question that faces the Christian is how to reframe science and faith so that reality is actually represented better through a Christian world view than through the perspective of the naturalist. Loraine Boettner attempted this in the 1950s, facing the attacks of the then quite-demanding challenge of logical positivism. He first acknowledged the nature of the Bible and its relationship with science.

The Bible, of course, was not written from the scientific point of view, and the person who attempts to deal with it as if it were a text book on science will be badly disappointed. Written long before the rise of modern science, it was intended primarily not for scientists and intellectuals but for the common people. Its language is that of the common people, and its subject matter is primarily religious and spiritual. Had it been written in the language of modern science or philosophy it would have been unintelligible to the people of earlier ages, and in fact would also be unintelligible to multitudes in our own day. Moreover, while we certainly have no desire to disparage the scientific accomplishments of our day but wish rather to accept them and use them to the full, we must point out that textbooks on science have to be rewritten at least once every generation and that so rapidly is scientific research progressing in our day that most books on scientific subjects are obsolete within ten years, But in the Bible we have a Book which has had no revision for multiplied centuries and which appeals to the heart and intelligence of people today as strongly as it has ever done in the past. Those who go to the Bible for spiritual and intellectual inspiration find it as fresh and inspiring as if it had been written but yesterday. (“The Inspiration of Scripture”, Part 4, http://www.reformed.org/master/index.html?mainframe=/bible/boettner/inspire4.html)

He furthers his argument exposing the problem of scope and the unwarranted advance of naturalism into the realm of theology. He also exposes the failure of Darwin’s theory of natural selection.

Perhaps the primary reason there has been so much confusion regarding the relationship between religion and science is the failure on the part of so many people to discriminate between facts and opinions. True science deals only with established facts; opinions may be as varied as the people who express them. Organic evolution, for instance, as it is usually set forth rules out the supernatural and contradicts the Bible. But it must be remembered that organic evolution is not science, but only a theory, an hypothesis. Not one of the five arguments usually advanced to support it is sound, and many distinguished scientists do not believe in the theory of organic evolution but in fiat creation as taught in the Bible.

Though some have given substance to a couple of the points, the criticism of this theory set and its vagueness remain intact. It was during this same period that Michael Polanyi, hardly a part of the creationist community, also described the theory as both vague and inadequate.

There is a fundamental vagueness in this theory which tends to conceal its inadequacy. It consists in the fact that we lack any acceptable conception in which the way genetic changes modify ontogenesis – a deficiency which is due in its turn to the fact that we can have no clear conception of living beings, as long as we insist on defining life in terms of physics and chemistry. (Polanyi, Michael, Personal Knowledge, Towards a Post-Critical Philosophy, 1962, University of Chicago Press, p. 383. )

The vague nature of the theory remains. This was recently exposed by Jerry Fodor and Massimo Piattelli-Palmarini in their recently-published What Darwin Got Wrong

. Yet this is not the strongest implication of their effort. What they provide to the scientific community, and more importantly to the student of science in general and evolution specifically, is that models do not so easily provide an adequate explanation to dealing with information.

The authors begin with one model. They accept the biological engine of evolution. They follow the pattern of genetic biologists such as Stephen Jay Gould. Yet they recognize the problems inherent in punctuated equilibrium and propose a general alternative. Another model. Another attempt to provide an explanation through a model.

It is this model structure with is the greatest failure of naturalistic evolution. The movement’s scientists and theorists are bent on being naturalists (metaphysical philosophers, that is) instead of just being scientists. The use of abstract theory is still acceptable. It is a necessary mechanism for explaining many things. But when wrapped in naturalism it becomes a scarecrow against any implication of any deity affecting the universe. They become theologians instead of scientists.

Our response can be helpful. Clarifying to the scientists that theology is outside of their venue can help them do better work. The irony is that this can be best proposed by the scientists who is also a theologian. I think the reason for this is a valuable consideration. It is the theologian who can best avoid the dualism of science versus faith. We know the relationship and do not have to deal in conflict and other dialectical issues. But in the world of dialectical science, dialectical linguists, and dialectical theology, this might prove refreshing. Hopefully we can express this clearly.
0
Print
Email
More on: Apologetics
Prev Article
Next Article