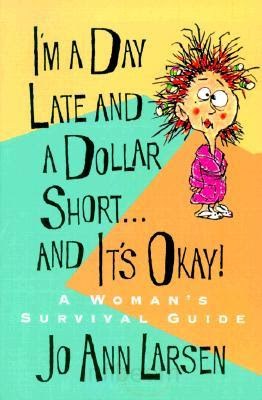 Another day, another story about the dishonesty of the Obamacare sales job.  Now, in a New York Times front pager, a study Obamacare boosters said demonstrated it would save money while improving care, turns out not to prove either. From the story:

In selling the health care overhaul to Congress, the Obama administration cited a once obscure research group at Dartmouth College to claim that it could not only cut billions in wasteful health care spending but make people healthier by doing so.

But while the research compiled in the Dartmouth Atlas of Health Care has been widely interpreted as showing the country’s best and worst care, the Dartmouth researchers themselves acknowledged in interviews that in fact it mainly shows the varying costs of care in the government’s Medicare program. Measures of the quality of care are not part of the formula.

Even Dartmouth’s claims about which hospitals and regions are cheapest may be suspect. The principal argument behind Dartmouth’s research is that doctors in the Upper Midwest offer consistently better and cheaper care than their counterparts in the South and in big cities, and if Southern and urban doctors would be less greedy and act more like ones in Minnesota, the country would be both healthier and wealthier. But the real difference in costs between, say, Houston and Bismarck, N.D., may result less from how doctors work than from how patients live. Houstonians may simply be sicker and poorer than their Bismarck counterparts. Also, nurses in Houston tend to be paid more than those in North Dakota because the cost of living is higher in Houston. Neither patients’ health nor differences in prices are fully considered by the Dartmouth Atlas.

Researchers who have examined the Dartmouth Atlas numbers have found other flaws that can distort hospital rankings. Doctors at Cedars-Sinai in Los Angeles, for instance, found that Dartmouth had failed to distinguish two different types of intensive care units the hospital runs. Dartmouth also might have overcounted the number of specialists examining each patient. The errors, Cedars-Sinai said, meant the hospital probably fared worse in the Dartmouth rankings than it should have. Cedars-Sinai’s chief medical officer, Dr. Michael Langberg, said he had tried to discuss these problems with Dartmouth researchers but had thought they were unresponsive.

Don’t get me wrong, I am not criticizing the study. I am criticizing the government and Obamacare boosters for misrepresenting it.  And perhaps most of all, I am criticizing the media: Why wasn’t this story reported before the bill passed when it could have been part of the debate?  But why should I be surprised? Time and again, in my many years of public advocacy, I have seen very good journalism about matters of profound public import—reported months too late and bundles of dollars short to do any good.  Sigh.
0
Print
Email
Prev Article
Next Article