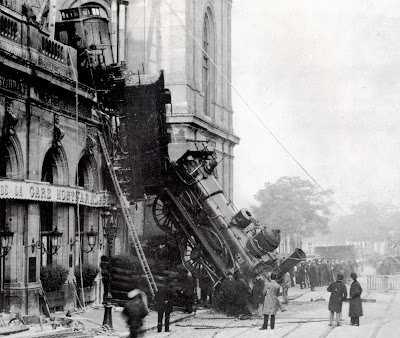 In a one of oh so many mendacious maneuvers to help sell Obamacare, Congress segregated a law needed to keep Medicare docs from suffering a huge pay from the bill in chief, even though it clearly was germane to the legislation that centralized federal control over health care.  The purpose for this dishonest maneuver was to cook the financial books, making the behemoth look less expensive overall by removing hundreds of millions in projected expenses over the next decade so the CBO could say, behind a barely contained eye roll, that the bill met fiscal muster.

In fairness, the supporters of this dishonest maneuver thought that the “doctor fix” would quickly pass on its own, since nobody wants to punish doctors who take Medicare.  But this is Washington where any dysfunction is possible. Proving the old adage about the plans of mice and men, the doctor fix has not been passed, and doctors are about to have a forced pay cut.  From the story:

The worsening budget impasse over Medicare reimbursements is straining not just doctors but also House-Senate relations — with taxpayers facing millions of dollars in added costs for reprocessing claims. Having waited for weeks in hopes of a stay, the Centers for Medicare & Medicaid Services, or CMS, is now enforcing a 21 percent cut in physician payments, and an estimated 50 million claims, held back since June 1, will be the first affected.

It appears that Madam Speaker and Majority Leader Reid are in a tiff.  Madam Speaker wants to use the doctors as a wedge to pass an unrelated jobs bill—the usual Washington legislative corruption—but the Senate already passed a 6 month “fix,” which is still dishonest because the repair needs to be permanent or Medicare will melt down.  And the entire expense has to be “paid for” by finding other savings, which despite the budget’s bloat, can’t seem to be found. The result, doctors hurt and seniors’ medical care threatened:

Medicare itself is a potential loser in the impasse, since the health care program is already troubled by the large number of medical practices that no longer take its elderly patients, given the government’s fee schedule.

So, what are the lessons to be learned?  The practice of holding doctors hostage to other political agendas will likely increase once government seizes  centralized control over the entire sector.  As is happening with Medicare, the increasingly precarious compensation system will threaten the delivery of health care throughout the sector as many doctors are likely to just retire rather than put up with this garbage—just as some surveys have shown already.  Our politically corrupt and inept leaders can’t be trusted to govern 1/6 of the nation’s economy.
Obamacare is a trainwreck waiting to happen.  But there is still time to apply the breaks and take a different course. Repeal. Replace. Reform. Defund.
0
Print
Email
Prev Article
Next Article