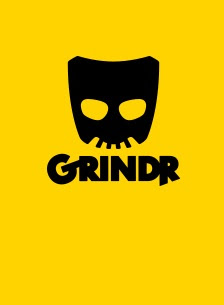 I believe that we are in the midst of an attempted coup de culture that seeks to supplant Judeo/Christian moral philosophy (equality of life ethic, human exceptionalism), that has long been the backbone of the West’s freedoms, with a society based on anti human exceptionalist utilitarianism (quality of life ethic), hedonism (indulge every impulse) and scientism/radical environmentalism (the new religion).  I generally focus on the first and third of these here at SHS, but The Age’s opinion page had an interesting piece that brought the dangers of unleashed hedonism to the fore on the sexual frontier.

Polly Vernon discusses a new I-Phone app called Grindr, now, she says, in wide use in the male gay community—and soon to be introduced to straights.  The point of Grindr is to find people near you willing to engage in the mutual release of “second chakras,” to quote a recent news story.  From “Turning on the Gaydar:”

Grindr (pronounced “grinder”) is a free downloadable iPhone app which, it promises, will help you “Find gay, bi, curious guys for free near you!” Grindr harnesses GPS, allowing you to establish who else in your direct vicinity is also using Grindr. It shows you — on a gridded display — who these men are and what they look like; it will tell you how far away from you they are standing; and it will allow you to “chat” them, if they take your fancy.

Grinding is an intoxicating experience. I was first introduced to it on the roof terrace of a bar in east London by my friends J and W. J launched the app on his iPhone and I got palpitations as the grid of portraits (ordered in terms of geographical proximity — your nearest Grindr user is posted at the top left) instantly unfurled itself across the screen. All these men, effectively coming on to — well, not me, but still . . . It is literally a sexy app and the overflow of that sexual potency, the decadence, sweeps you along on a wave of lust, regardless of who you are and what your gender or sexual orientation might be.

Does the easy availablility of a quick physical encounter lead to human objectification?  I think so—just like pornography—and so do others:

Grindr...marks a major evolution in how all of us — gay, straight, alive — will meet and interact with each other. Depending on who you talk to, this is either brilliant (liberating, socially enabling — the end, even, of loneliness and boredom), or a potential disaster (signalling the end of monogamy, facilitating sex addiction). Either way, it matters.

If Grinder breaks into wide use in the community, that is an understatement—and it won’t be healthy or good.  Vernon writes that it will likely be a body blow to monogamy since so many current users are partnered.  But she shrugs:

I find myself thinking: however straight Grindr plays out for us — even if it opens up a Pandora’s box on our sexuality, alters forever the way men and women relate, leaves us vulnerable to a whole new world of emotional and sexual complications — bring it on. It’s going to make life more interesting.

Such destructive hedonism will not increase happiness generally, but rather, add to the danger of sexual assault, the transmission of STDs, promote divorce, broken homes, family dysfunction, and will, I think, result in greater isolation since users become the dehumanized equivalent of blow up dolls.

This is extremely reminiscent of the soulless society of Brave New World, whose minions were expected to be promiscuous but socially disapproved if they fell in love or formed close relationships. Huxley wrote in 1949 that when he wrote the novel, he thought it would take 700 years to get to that sterile place, but that he had changed his mind and worried it would be with us by the end of the (2oth) Century. It looks like he was right—again.
0
Print
Email
Prev Article
Next Article