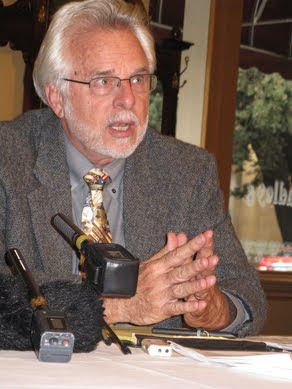 Australian pro euthanasia forces are responding to my advocacy, accusing me of scare mongering.  From the story:

Tasmania’s Dying with Dignity group has accused an anti-euthanasia advocate of scaremongering about the impacts of legalising assisted suicide. U.S. campaigner Wesley Smith has warned legislation allowing voluntary euthanasia will lead to increasing numbers of people being eligible for assisted suicide, including those who are not terminally ill. Attorney-general Lara Giddings is helping with the development of a private members bill to legalise voluntary euthanasia.

The President of Dying with Dignity, Margaret Sing, says legislators will be able to control who can access voluntary euthanasia services. “It’s very insulting to our legislators to suggest that they are not capable of looking at what’s in front of them and making a decision about it whenever there is a bill before them,” she said.

That’s known in the trade as a non rebuttal-rebuttal.  Note how the campaigner and the AG (also quoted in the story) don’t try to deny the facts I presented, such as about infanticide in the Netherlands, organ procurement/euthanasia in Belgium, spousal double assisted suicides in Switzerland, and Oregon’s case of Barbara Wagner being denied chemotherapy for financial reasons but assured the state would pay for a lethal overdose.  Indeed, everything I said in that speech—and in the others I have been making—was factual, citable, and provable.  For example, we discussed the organ harvesting after euthanasia story in Belgium mentioned in the story here at SHS when I first learned of it.

The pro euthanasia forces in Tasmania clearly agree with me that the facts of euthanasia as actually practiced are proper cause for alarm. That they refuse to let these facts  interfere with their ideological zeal, is quite telling about their priorities and the direction in which they seek to move society.
0
Print
Email
Prev Article
Next Article