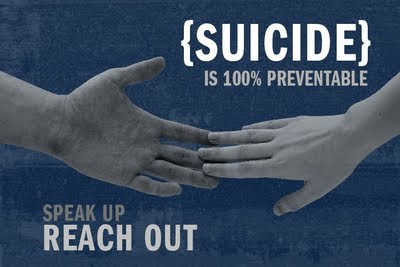 The USA and much of the West are growing increasingly pro suicide.  We see it in advocacy for legalizing assisted suicide for the sick. We see it in the number of how-to-commit suicide books that are sold and in the media’s embrace of ghouls such as Jack Kevorkian.  Some of the more candid suicide advocates, such as Philip Nitschke promote suicide as a splendid method for anyone who wants to die, including “troubled teens.”

Meanwhile, as I wrote about here, there has been at least one joint assisted suicide at the Dignitas suicide clinic in Switzerland.  When a couple planned their own joint suicide to avoid the pain of widowhood, Ruth von Fuchs, a Canadian assisted suicide activist, supported the plan as a good prophylactic against future suffering caused by grief, (as quoted in my blog entry on the Von Fuchs interview about the plan):

Von Fuchs: I think she’s [the healthy wife] ahead of her time, in a way. So, she’s trying to lead her society into questioning some of the old assumptions that life is a duty, that we must not anticipate, that we must start to suffer. But we don’t take that attitude in other areas of life. We think it’s very wise to do things like buckling up your seat belt to prevent being thrown from your car. Prophylactic measures are considered very sensible in many areas of life.

And now, in Wisconsin, a healthy man committed suicide along with his ill wife precisely along the Van Fuchs prophylactic against the pain of grief approach.  From the story:

Dr. Daniel and Katherine Gute committed suicide on Sunday.The couple’s deaths may have stunned the community, but not the family.Their doctor said he’s been talking to the couple about planning their deaths for more than a decade, and that in their deaths, they hoped to spark conversation.”This is not a surprise to me; I just didn’t know when,” family friend Dr. Bruce Wilson said.Sunday night, Wilson got the call he’d waited for for years, he said. Dan and Kitty Gute were dead.”Dr. Gute was a retired urologist and a sailor, and Mrs. Gute was an avid tennis player and a championship golfer,” Wilson said.

Wilson is an old family friend and was the couple’s heart doctor. He said Dan Gute was retired, relatively healthy, and about to turn 80, but his wife, Kitty, was recently diagnosed with Alzheimer’s disease.”And then you’ve got a relatively healthy husband left behind who was very much in love with his wife and did not want to live the rest of his life without her,” Wilson said. “He discussed this at great length with all three of his daughters, and their families and his grandchildren over a period of years,” Wilson said. But many of the Gutes’ friends were unaware.”It’s not something they were very open about because of their concern it would be too disturbing to people because our culture, it seems, has not been ready for this,” Wilson said.

Nor should we ever be!  Nobody wants to be widowed, but are we going to start supporting the suicides of spouses to avoid that sad reality of life?  Good grief!

By the way, the helium method used by the couple is the primary one taught by Derek Humphry and utilized by the Final Exit Network, and so in my mind, they bear a moral responsibility for these deaths:

According to the medical examiner’s report, one of the Gutes’ daughters found the couple dead in their car in the garage of their River Hills home. They were surrounded by helium tanks, tubes and plastic garbage bags. Wilson said the family was not surprised.

I see this as a tragedy.  That many don’t illustrates vividly that we are becoming a pro suicide society.  Indeed, how can it be denied?  Culture of death, Wesley? What culture of death?
0
Print
Email
Prev Article
Next Article