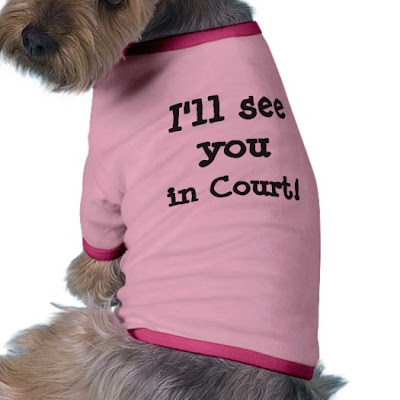 I have discussed here and in my book, A Rat is a Pig is a Dog is a Boy, the ambition of animal rights activists to gain “standing” for animals to sue in their own names—which would, of course, actually be animal rights activists doing the litigating in pursuit of their own agendas. But it never occurred to me that great harm could also be done to non animal using industries from such a course.  According to an article in the ABA Journal, that is precisely what many in the movement appear to want.

The article references the BP oil spill catastrophe, which will rightly cost the company tens of billions in damages. But imagine if, in addition to paying for harm caused to humans and the costs of environmental remediation, animal rights activists could also require the company to pay for the harm to individual animals: It would not only drive the company potentially out of business, but would make it almost impossible for many non animal industries to operate because the potential liability costs would be impossible to measure. From the article “Their Day in Court:”

Despite the massive potential for death and damage to wildlife, animal welfare lawyers say current laws limit the legal options available to those who are seeking to protect wildlife. “The oil leak represents an example where tremendous pain and death are brought to individual animals,” says David S. Favre, a professor at the Michigan State University College of Law in East Lansing who is active in the animal law field. “The law presently has no easy way to deal with these individual deaths, so we can only look to environmental law for remedies.” It’s something they’d like to change.


That would result in an economic catastrophe and also clog the courts to the choking point, since backed by the hundreds of millions in the coffers of organizations such as HSUS and PETA, animal rights activists would sue, and sue, and sue.  But it wouldn’t just be ideologues. Lawyers—and I am one, I know how we think—would  quickly jump on board: There would be money in them thar hills to be mined from very deep pockets.

The article also treats the terrorist group the Animal Liberation Front as a mere advocacy group:

Philosophical arguments over the treatment animals have been waged since ancient times, but current advocacy efforts are a product of the activist movements that grew during the second half of the 20th century. Groups like the Animal Liberation Front and PETA, for instance, were founded in the 1970s and early 1980s. These groups have pushed their agendas largely through a combination of public relations campaigns and legal initiatives.

Some animal protection activists are pushing for laws that would extend rights and protections to animals that have been, up to now, reserved for humans. “Animals are closer to us than an inanimate object that we use as a tool for everyday living,” says Adam P. Karp, an attorney in Bellingham, Wash., who devotes his practice to cases involving animals. “The law should recognize animals as legal persons with the same access to justice.”

And that would destroy our economy and profoundly undermine human exceptionalism. Animal welfare laws are important. Animal rights is profoundly anti human, both in its creating a moral equivalence between us and animals, and in the utterly devastating threat it poses to human thriving.
0
Print
Email
Prev Article
Next Article