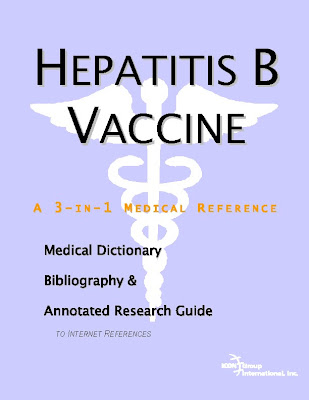 Many countries have outlawed research on chimps and now legislation has been filed to do that here.  Scientists are not amused.  From the story:

In the latest twist in the protracted debate over the use of chimpanzees in biomedical research, U.S. senators on 3 August introduced the Great Ape Protection Act, an identical bill to one that has been stuck in a House of Representatives committee for more than a year. The move comes on the heels of a letter sent by a who’s who of chimpanzee researchers to Francis Collins, director of the U.S. National Institutes of Health (NIH), that sharply criticizes the bill, warning that it “would put extreme and unreasonable restrictions on future chimpanzee research.” The matching bill would ban invasive research on the estimated 1000 “research” chimpanzees in the country that live in laboratories. A key issue is the definition of “invasive.” The bill would explicitly bar any research that “may cause death, bodily injury, pain, distress, fear, injury or trauma.”

The Humane Society of the United States, which helped draft the legislation, claimed in a press release that chimpanzees have “historically failed as a research model.”

Not true. Chimps were used very beneficially, as just one example, to create the hepatitis B vaccine.  The scientists make an important point:

In April 2010, 171 researchers sent a letter to Francis Collins decrying the bill and expressing their “most profound concern about the impending loss of chimpanzees.” Their thoroughly referenced letter includes a citation of Chimpanzees in Research, a report published by the National Research Council in 1997 that advocated maintaining a self-sustaining population of research chimps. The report also concluded that chimp research “has led to numerous biomedical advances, including the development of a vaccine for hepatitis B virus.” The letter—signed by chimpanzee researchers from the most renowned universities in the country—asserts that “human-chimpanzee comparisons are essential for understanding the unique characteristics of human biology.” The letter further contends that recent chimp studies for the first time have identified “unique features of the human brain and have documented the unusual vulnerability of humans to a variety of disorders, including Alzheimer’s disease, infectious diseases, cancer, and heart disease.

I covered this controversy in A Rat is a Pig is a Dog is a Boy.  From the book:

A 2005 commentary written by primate researchers John VendeBerg and Stuart Zola in the science journal Nature demonstrated how such a universal prohibition could be deleterious to ameliorating serious human illnesses. Chimpanzees’ genomic similarity to humans—a major rationale, as we shall see, behind the GAP—is precisely the biological attribute that makes these animals “invaluable” for use in some medical experiments. One exciting example involves the development of revolutionary bioengineered substances known as “monoclonal antibodies” that offer tremendous potential to treat a wide range of human maladies, including cancer, multiple sclerosis and “virtually any disease caused by a viral infection.” Chimpanzees are essential to this research because unlike other animals, their immune systems do not attack these genetically engineered antibodies. Consequently, the experimental substance remains in the chimps’ blood for extended periods, permitting researchers to fully evaluate the safety and efficacy of such interventions before commencing human trials.

Chimpanzees also are occasionally necessary in drug testing because they “predict…the time course of absorption, distribution, metabolism and excretion of [experimental] drugs in the body more accurately than other animal models, including rats, dogs and other non-human primates.”  But perhaps most compellingly, they are the only other animal capable of being infected with the human HIV-I virus, which for reasons not fully understood, does not usually make them ill. Thus, VendeBerg and Zola write, chimpanzees are “important for testing vaccines aimed at preventing HIV-I infection or reducing the virus load in infected individuals.”[i]

I think that scientists should have to justify using chimps by showing no other option offers the same potential benefits and that the research is essential to human welfare.  But we should not ban research on chimps.  The potential cost to human well being would be too high.
0
Print
Email
Prev Article
Next Article