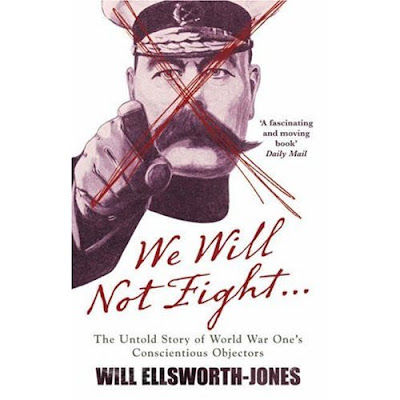 I have discussed the legal controversy in Washington in which the state seeks to force dissenting pharmacies to fill prescriptions against which they have a moral objection.  Most objections involve contraception and abortifacient drugs. But the issue could also apply to lethal prescriptions intended to assist suicide, since that is legal in WA. (I wrote an extensive article for First Things in December of 09 setting forth the criteria I propose for protecting medical professionals’ consciences. If you are interested, just follow the link.)

After the Ninth Circuit Court of Appeals ruled that the state could steamroll the consciences of pharmacists—likely to bring the case to the Supreme Court—the state took a second look and now seems to have softened its earlier rigidity by allowing objecting pharmacists to refer to other providers.   The governor is not happy, nor are groups like Planned Parenthood and NARAL.  But I think that commentator Joel Connelly of the Seattle PI has the right take.  From his column:

America has a long tradition of legally recognizing objections of conscience. We’ve allowed pacifists to opt out of military service and provided for alternative service. We, as a society, have also sanctioned the primacy of free speech. Civil disobedience has left a positive mark, e.g. the 1960’s Civil Rights movement. Are these traditions being jeopardized by zealous advocates — e.g. NARAL Pro-Choice Washington and Planned Parenthood Votes (PPV) — who cast conscientious objection as trumping patients’ rights?

I hadn’t thought of the conscientious objector analogy, but I think it is apt.  Alas, as Connelly notes, certain segments of society have zero tolerance for people acting—or refusing to act—consistently with their moral beliefs:

Ours is a complex society. Sometimes its rule-makers are moved to fashion compromise solutions, seeking to avoid disharmony and confrontation —angering those who use confrontation to raise money. “We know that a strong majority of Washingtonians, from Seattle to Spokane, from Bellingham to Vancouver, support access to medications like emergency contraception (also known as the morning after pill) at the pharmacy counter,” NARAL argued in its appeal for dollars. Oh, to be so certain and so stigmatize those who disagree. Again, however, a broader question: Should everyone be forced to acquiesce to a majority view, even if the majority is slim or conflicted?

Progressive activists in Washington are longtime champions of conscience, defending service personnel who refused to serve in Vietnam and Iraq, and the first pre-1970 public provider — Dr. Koome — who performed abortions when it was against the law. In the case of Stormans et al. v Selecky et. al., however, people acting out of deep personal belief are, in the words of Elaine Rose, CEO of Planned Parenthood Votes Washington, “a few extremist pharmacists who are putting their personal beliefs before their patients’ health care.” Should we recognize claims of conscience only when we agree with the objectors, while stigmatizing and sneering at others? I’d like to see a little liberal tolerance.

Sneering, yes that is the right description.

The problem is that much of the Left has become less about freedom and more about power. The idea of tolerance of differences apparently only applied when they weren’t in the driver’s seat.  But that doesn’t mean we have to let them force medical professionals who dont’ want to participate in acts that violate their moral beliefs out of the medical professions.
0
Print
Email
Prev Article
Next Article