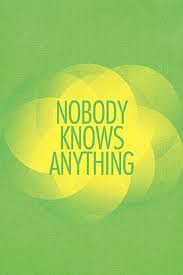 It’s hard to keep track of all the futurist predictions whether the next several decades are going to be utopian or dystopian. Still, when it comes to global warming, we so often hear nothing but dire predictions of doom, it is refreshing that some scientists have concluded that higher temperatures could actually contribute to increased food production to feed a growing population.  From the story:

A team of scientists at Rothamsted, the UK’s largest agricultural research centre, suggests that extra carbon dioxide in the air from global warming, along with better fertilisers and chemicals to protect arable crops, could hugely increase yields and reduce water consumption. “Plant breeders will probably be able to increase yields considerably in the CO2 enriched environments of the future … There is a large gap between achievable yields and those delivered ... but if this is closed then there is good prospect that crop production will increase by about 50% or more by 2050 without extra land”, says the paper by Dr Keith Jaggard et al

Great!  Oops, wait a minute: A different team of scientists foresee a much more dire future:

Several studies suggest farmers will be up against environmental limits by 2050, as industry and consumers compete for water. One group of US scientists suggests that feeding the 3 billion extra people could require twice as much water by then. This, says Professor Kenneth Strzepek of the University of Colorado, could mean an 18% reduction in worldwide water availability for food growing by 2050. “The combined effect of these increasing demands can be dramatic in key hotspots [like] northern Africa, India, China and parts of Europe and the western US,” he says.]

And the moral of the story?  It’s like watching a tennis match.  People of good faith can and do come to diametrically differing conclusions. Or, to paraphrase William Goldman’s observation about Hollywood, nobody really knows anything.  And that means, it seems to me, that we should not give into hysteria when making public policy around environmental and climate issues.
0
Print
Email
Prev Article
Next Article