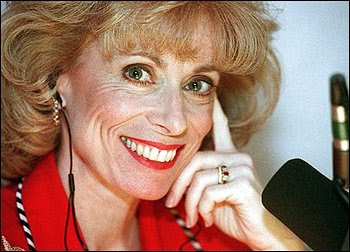 Dr. Laura Schlessinger is retiring from radio after a flap over her use of the N-word on her radio program.  Schlessinger says she didn’t mean it in a hurtful manner—but was trying to point out that African-Americans use the word, which (I guess she meant) should be just as wrong as when non black folk use it.  From the story:

Talk radio host Dr. Laura Schlessinger has issued an apology for saying the N-word several times in an on-air conversation with a caller that she said was “hypersensitive” to racism. I don’t want us to get into the controversy over Dr. Laura —who I know a little, like, and believe did not intend to be hurtful or racist.  But, in the end, her intentions in using the word don’t matter.  The word itself is vile, symbolizing the evil of slavery, racism, and the dehumanization, marginialization, and objectification of moral equals.  It should be unacceptable in any circumstance, except perhaps in an historical theatrical depiction.  Schlessinger said on her website Wednesday that she was wrong in using the word for what she called an attempt to make a philosophical point. “I articulated the N-word all the way out - more than one time,” Schlessinger said in comments from the opening of her radio show that she posted on her site. “And that was wrong. I’ll say it again - that was wrong.”

I don’t bring this up to pound on Schlessinger—who I know a little and believe did not have a racist intent—but to note that had she used the V-word to describe profoundly disabled people, it would not have made the news.  That dichotomy needs to change.  The V-word—properly employed to describe carrots and string beans—dehumanizes, marginalizes, diminishes, and objectifies moral equals when used to characterize human beings.  And often, just as with the N-word, it is intended to open the door to oppression and exploitation of those against whom it is wielded.

Bottom line: We need to get to the place where anyone using the V-word epithet will be just as subjected to disapprobation  as someone using the  N-word. There is a lot of consciousness raising to do in this regard, but we should take every opportune time to raise the bar—as I hope I just have.
0
Print
Email
Prev Article
Next Article