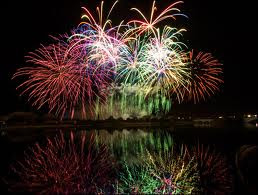 Never underestimate the creativity and excellence of our scientists. New research seems to have overcome the difficulties of IPSCs, allowing pluripotent stem cells to be created from normal body cells without using genes or viruses. From the story in the Washington Post:

In 2006, researchers discovered that they could coax adult cells into a state that appeared identical to embryonic stem cells, dubbed induced pluripotent stem cells (iPS cells), by activating four genes. Those cells could morph into various tissues in the same way that embryonic stem cells can. But the process involved inserting genes into cells using retroviruses, which raised the risk the cells could cause cancer. Since then, scientists have been racing to develop alternative methods. Several approaches, using chemicals or other types of viruses, have shown promise. But none has completely eliminated the safety concerns, and most have been slow and inefficient.

The new approach involves molecules known as “messenger RNA,” or mRNA, which the DNA inside cells use to create proteins they need carry out various vital functions. The researchers created mRNA molecules carrying the instructions for the cell’s machinery to produce the four key proteins needed to reprogram themselves into iPS cells.

After tinkering with the mRNA molecules in the laboratory to make signals that the cells would not destroy as dangerous invaders, the researchers found that a daily cocktail of their creations were surprisingly fast and efficient at reprogramming the cells. The approach converted the cells in about half the time of previous methods - only about 17 days - with surprising economy - up to 100 times more efficient than the standard approach.

Moreover, detailed tests indicated the cells had not experienced any disturbing changes in their DNA caused by previous methods and were virtually identical to embryonic stem cells. In addition, the researchers went one step further and showed that they could use the approach to then coax the iPS cells they created into a specific type of cell, in this case muscle cells.

I have three observations: First, this story validates President Bush’s faith in the science sector’s capacity to find ethical ways to do what scientists used to claim only ESCR could accomplish. In fact, I think Bush deserves some credit for these advances because his policy kept society focused so closely on the moral issues surrounding the embryo.

Second: Even if this advance did EVERYTHING that scientists wanted from ESCR, it won’t stop many from wanting to experiment on nascent human life.  Indeed, some would look at the advance, shrug, and keep on trying to clone. Why? Because stem cell advances are not the end game. As I wrote here, they are merely the opening stanza of a much longer symphony that seeks to open the door to Brave New World technologies such as genetic engineering and enhancement, that requires cloning and experimenting on the resulting embryos to perfect.

Third: Obama should restore the Bush policy he revoked giving priority to NIH funding for non embryonic research into sources of pluripotent stem cells. But he won’t.  Many among his base loathe the very idea that a human embryo would have any moral standing.
0
Print
Email
Prev Article
Next Article