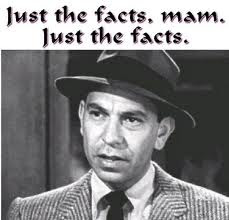 We have discussed the injunction issued by Judge Royce C. Lamberth against President Obama’s ESCR funding policy—and the mendacious legislative response of the likes of Arlen Specter that would authorize the Feds to fund cloning research in addition to restoring Obama’s more limited policy.  I will have a more extended piece about that soon. But for now, I think we should look at the clear repudiation of the junk biology often pitched by ESCR proponents, that an embryo destroyed in ESCR is not really an embryo.

In 1996, Congress enacted the Balanced Budget Downpayment Act, Pub. L. No. 104-99, § 128, 110 Stat. 26, 34 (1996). The Balanced Budget Downpayment Act contained a rider, known as the Dickey-Wicker Amendment, which prohibited the use of federal funds for “(1) the creation of a human embryo or embryos for research purposes; or (2) research in which a human embryo or embryos are destroyed, discarded, or knowingly subjected to risk of injury or death greater than that allowed for research on fetuses in utero under” applicable federal regulations.

In other words, there are two ways in which ESCR federal funding could violate Dickey-Wicker: First, if either federal money was being used to create an embryo for use in research—which would have to be via IVF or cloning since you wouldn’t be able to research on an embryo conceived in a woman’s body, meaning an IVF embryo is as much an embryo as one located in a fallopian tube or uterus.

The other way would be if embryos are destroyed in research.  That is the relevant portion of the law dealt with in the decision.  In fact, the issue of embryo destruction wasn’t contested since Obama’s funding policy acknowledged that they are destroyed in ESCR.  From pages 6-7 of the decision:

Section II(A) of the Guidelines. 74 Fed. Reg. at 32,174. Section II(A) requires that research involves only ESCs that were derived from human embryos that “were created using in vitro fertilization for reproductive purposes and were no longer needed for this purpose” and “were donated by the individuals who sought reproductive treatment . . . and who gave voluntary written consent for the human embryos to be used for research purposes.”

In ESCR, those “purposes” result in destroyed embryos (Page 12):

The language of the statute does not support defendants’ alternative definition of research as “a piece of research.” (Def.’s Opp’n [22] at 31 (citing RANDOM HOUSE DICT. (2009).) Indeed, the Dickey-Wicker Amendment does not contain any language to support such a limited definition of research. Rather, the language of the statute reflects the unambiguous intent of Congress to enact a broad prohibition of funding research in which a human embryo is destroyed. This prohibition encompasses all “research in which” an embryo is destroyed, not just the “piece of research” in which the embryo is destroyed. Had Congress intended to limit the Dickey-Wicker to only those discrete acts that result in the destruction of an embryo, like the derivation of ESCs, or to research on the embryo itself, Congress could have written the statute that way.

One can disagree with Lamberth’s legal conclusion. But his science is spot on.

And that is the point of this post.  Throughout the ESCR debate, proponents of federal funding have corrupted science by claiming falsely that an embryo in a dish is not really an embryo, meaning not a human organism. Tellingly, the government didn’t even make the ludicrous claim because it would be laughed out of court. But some science organizations have changed the definition of the embryo to require implantation.  This wasn’t based on new data or biological insights, but politics.  I have watched scientists tell legislators that embryos aren’t human organisms, but a mere “ball of cells” or a “fertilized egg,” everything but chopped liver.  In so doing, they have subverted scientific integrity in the name of defending science.

The truth that an embryo is destroyed in chopped liver embryonic stem cell research doesn’t settle the moral and ethical issues.  But if the people are going to be able to engage in reasoned ethical analysis—and maintain trust in science and government—scientists must let the scientific facts be the scientific facts.

So, at long last, can we debate this issue from a basis of accurate biology?  Alas, I already know the answer: NO!