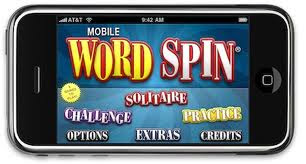 You know you are in political trouble when you feel the need to change the words used to describe a public controversy.  Now, with the public clearly not jumping on the global warming hysteria bandwagon, John Holdren, President Obama’s science czar, has instructed us to use a new phrase to describe the global warming potential crisis—Global Climate Disruption.  Trips off the tongue, doesn’t it?  From the story:

The White House wants the public to start using the term “global climatedisruption” in place of “global warming” — fearing the latter term oversimplifies the problem and makes it sound less dangerous than it really is. White House science adviser John Holdren urged people to start using the phrase during a speech last week in Oslo, echoing a plea he made three years earlier. Holdren said global warming is a “dangerous misnomer” for a problem far more complicated than a rise in temperature.

The call comes as Congress prepares to adjourn for the season without completing work on a stalled climate bill. The term global warming has long been criticized as inaccurate, and the new push could be an attempt to re-shape climate messaging for next year’s legislative session.

Good grief,  Global warming believers coined the term, not those with doubts.  Moreover, no one died and made Holdren king.  We can call it what we want, and I for one, will continue with the original description because man-caused planetary warming (and what, if anything, to do about it) are what the controversy is all about.

This much is for sure: Resorting to word engineering demonstrates a substantial lack of confidence in the effectiveness of hysteria advocacy.
0
Print
Email
Prev Article
Next Article