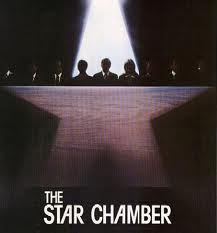 I have been warning you all until I am blue in the face that the goal of the medical intelligentsia is explicit and invidious health care rationing under Obamacare—just as NICE does in the UK for the NHS.  And now, the NEJM has an article pushing the “Quality Adjusted Life Year” form of invidious rationing against the sick and people with disabilities—and complaining that it isn’t (yet) explicitly part of our new health care system.  From “Legislating against Use of Cost-Effectiveness Information” (my emphasis):

The ACA specifically forbids the use of cost per QALY “as a threshold.” The precise intent and consequences of this language are unclear. One might interpret it to mean that the PCORI, or its contractors or grantees, can still calculate cost-per-QALY ratios as long as they are not compared with a threshold (e.g., $100,000 per QALY) or used to make a recommendation based on such a threshold. Comparisons of cost-per-QALY ratios across interventions could still be useful to decision makers even without the invocation of an explicit threshold. However, the ACA suggests a broader ban on the use of cost-utility analyses — and this could have a chilling effect on the field.

Gee, that would be a shame. But believe me, the bureaucrats have ways of sneaking rationing into the cost/benefit panels that are not explicitly in the law, particularly when it is only disallowed as a “threshold.”  Indeed, that is precisely what such vague legislative language is for. After all, amendments were offered to explicitly ban health care rationing during the legislative process and repeatedly rejected by the Obamacarians.

But the authors (professors both) aren’t content with the potential for a bureaucratically imposed back door contingency. They want QALYs to become the law of the land!

QALYs simply give priority to interventions that offer the most health benefit in terms of measures people care about — more time spent in good health. In fact, populations with more impairment typically fare better in cost-effectiveness analyses, because they have more to gain from interventions; for example, it is generally less cost-effective to screen or treat healthier persons than persons who have poorer health at baseline or who are at greater risk for complications.

Moreover, a ban on valuing life extension presents its own ethical dilemmas. Taken literally, it means that spending resources to extend by a month the life of a 100-year-old person who is in a vegetative state cannot be valued differently from spending resources to extend the life of a child by many healthy years. Though the ACA may be seeking to avert discrimination, it instead helps to perpetuate the current system of implicit rationing and hidden biases.

They always use such extreme examples, but no: Doctors should not make judgements about whose life has more value.  Each patient should be viewed by the doctor as fully equal and entitled to optimal care. As German physician Christoph Wilhelm Hufeland wrote wisely in 1806, “It is not up to [the doctor] whether . . . life is happy or unhappy, worthwhile or not, and should he incorporate these perspectives into his trade . . . the doctor could well become the most dangerous person in the state.” But that is precisely what QALY system does—perhaps making bioethicists the most dangerous persons in the state.

Here’s a rough overview of how it works against the elderly, people with disabilities, the non productive, and the very ill.  Let’s say I have a serious illness and that Medicine A will give me two years of life at my current quality of life as an able bodied man.  That would be worth, roughly 2 QALYs (less if I am elderly, but let’s not get too complicated here.)  My friend Mark has MS and is a triplegic.  Let’s say he has the same illness and Medicine A would also give him two years of life at his current level as a man with a serious disability.  Because he only has the use of one arm, his two years might only be deemed a .5 QALY.

Then, the cost/benefit is measured, determining whether the cost of Medicine A is worth the number of QALYs it would provide.  Thus, I would be more likely to receive the treatment over Mark because it would give me 2 QALYs, versus his .5 QALYs.  Pure health care discrimination.

Obamacare opens the door to such (and/or other kinds of) rationing.  One of the things that the new Congress needs to do is slam that door shut.  We need evidence based medicine to help doctors and patients make the best informed decisions. But we don’t need bioethicists, utilitarians, and assorted bean counters deciding whose lives are more and less worth living.  That’s bigotry and a body blow to human exceptionalism.