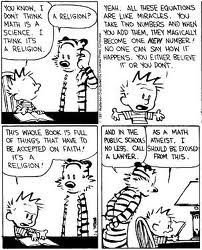 We’ve discussed this before—purveyors of scientism trying to convince us that their subjective value judgments are objectively “scientific.”  But science is a method for obtaining and applying knowledge—it is not a philosophy or value system.  Sure, we can use scientific knowledge to work through moral dilemmas—I do—but the conclusions to which we come aren’t science.

I bring this issue up again after having read an interesting book review of the atheist crusader Sam Harris’s new book, The Moral Landscape: How Science Can Determine Human Values.  I haven’t read the book and so don’t plan to comment upon it per se.  But I think we can contemplate the issues raised by referencing the thought provoking review of it in the New York Times Book Review by philosopher and “cultural theorist,” Kwame Anthony Appiah.

First, it is clear that Harris conflates objective science and subjective philosophy/morality/religion. From the review “Science Knows Best:”

Harris, who has a doctorate in neuroscience, holds the opposite view [from Stephen Jay Gould’s assertion that science and religion have “non  overlapping magesteria”]. Only science can help us answer these questions, he says. That’s because truths about morality and meaning must “relate to facts about the well-being of conscious creatures,” and science alone — especially neuroscience, his field — can uncover those facts.

Well, that stacks the deck, doesn’ it?  Once one accepts the first principle, the hand fills out nicely.

But, as Appiah points out, claiming that morality and meaning must “relate to facts about the well-being of conscious creatures” isn’t at all scientific.  Why, for example, is well-being important?  Sure, we generally have a preference for it and it feels better, but science can’t test objectively whether it is existentially “better” or more valuable.   Indeed, I have known very sick and dying people, as well as those who were totally paralyzed, who claimed they were in the very best time of their lives, better in fact, than when they were experiencing what the world generally calls well-being.  Were they being unscientific?

And why does the being have to be conscious to warrant concern?  If I intentionally caused my pregnant neighbor to miscarry, have I only done a wrong to the pregnant woman and not the fetus/unborn baby?  One could answer that question either way—and people have—but whichever conclusion one reached, it would be a philosophical conclusion, not one that could be tested and verified scientifically.

As I was reading the review, I suspected that Harris would embrace utilitarian views as if they were scientific truths, because according to research I did for Consumer’s Guide to a Brave New World, that seems to be the general default moral/philosophical position in science.  (Let’s not argue whether that is true for now.)  Bingo:

But wait: how do we know that the morally right act is, as Harris posits, the one that does the most to increase well-being, defined in terms of our conscious states of mind? Has science really revealed that? If it hasn’t, then the premise of Harris’s all-we-need-is-science argument must have nonscientific origins. In fact, what he ends up endorsing is something very like utilitarianism, a philosophical position that is now more than two centuries old, and that faces a battery of familiar problems. Even if you accept the basic premise, how do you compare the well-being of different people?

I am not sure what drives people like Harris to argue that science can determine morality as surely as it can describe the molecular compound of water.  It can’t be atheism. One can be aggressively atheistic and come to carefully considered philosophical conclusions about meaning, morality, and virtue without pretending it is science.

Whatever his motives, Harris appears to be pushing a quasi-religion—faith in science—AKA scientism, perhaps as a way of putting the lid on religion’s coffin.  But he is really just  promoting his own world view and pretending that it is science.  All the fancy talk about letting science decide the right approach to morality is no more than that.
0
Print
Email
Prev Article
Next Article