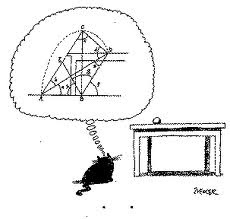 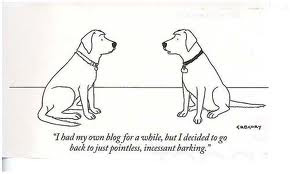 Having owned both types of pets—and I use the term “owned” loosely—I have to say that dogs and cats are both very smart—but in different ways.  Dogs are more sociable, they can be taught to do more things, they are also more integrated into the family.  Cats, however, are expert at using the carrot and stick approach to get their way.  When they reject us, we beg for forgiveness. When they love us, it is a very big deal.  We swoon for that purring.  Indeed, we don’t train them, they train us.

In any event, SHS never shies away from controversy, so here it is.  A scientific study says dogs are smarter than cats.  From the article in Science Daily:

Over millions of years dogs have developed bigger brains than cats because highly social species of mammals need more brain power than solitary animals, according to a study by Oxford University. For the first time researchers have attempted to chart the evolutionary history of the brain across different groups of mammals over 60 million years. They have discovered that there are huge variations in how the brains of different groups of mammals have evolved over that time. They also suggest that there is a link between the sociality of mammals and the size of their brains relative to body size, according to a study published in the PNAS journal.

Evolution, shmevolution. Cats were gods in Ancient Egypt for a reason.  They impose their will and get what they want far better than dogs. That makes them smarter in my book, no matter the brain ratios.  But who cares?  Both bring us so much joy.
0
Print
Email
Prev Article
Next Article