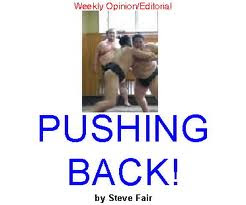 My pal Nat Hentoff, one of the country’s most respected civil libertarians, weighs in against Donald Berwick’s desire to eliminate most doctor/patient face-to-face meetings, Paul Krugman’s assertion that we need “death panels” to control costs, and Obamacare generally, from his angle as a watchdog of freedom.  (Testifying to Hentoff’s sagacity, he also liberally quotes your intrepid host.)

Soon after he had left the ABC Studio, someone must have alerted Krugman that — gee whiz — he had publicly rooted for death panels! Swiftly, on his blog, Krugman admitted he had indeed said those dreaded words, but: “What I meant is that health care costs will have to be controlled, which will surely require having Medicare and Medicaid decide what they’re willing to pay for — not really death panels, of course, but consideration of medical effectiveness and, at some point, how much we’re willing to spend for extreme care.”

Extreme care,” Professor Krugman?  To be defined by government commissions, right?...Are these Obamacare cost-benefit boards and commissions — for example, the so-called Independent Payment Advisory Board penetratingly judging Medicare’s cost-effectiveness (without judicial review) — not going to determine whether certain Americans are going to continue living?  Fess up, Krugman, you owe Sarah Palin an apology for so often scandal-mongering her. Also, professor, aside from the abortion wars, don’t most Americans agree that the most fundamental of all our rights is the right to life?... As an economist dedicated to deficit-reduction you were not lamenting the coming of death panels. Clearly, you were affirming their inevitability under President Obama’s determination to prevent government subsidization of “extreme care.”

You may not have realized it, but, he emphasized, “the health care encounter as a face-to-face visit is a dinosaur.” In the wondrous new world of immediate health care for everyone in need, Berwick writes, “I think it rarely means… reliance on face-to-face meetings between patients, doctors and nurses.” Have your computer ready, folks.

What’s next, a death-clock countdown for your desktop? “Tackled well,” President Obama’s cost-efficient physician-in-chief foresees, “this new framework will gradually reveal that half or more of such of our encounters — maybe as many as 80 percent of them — are neither wanted by patients nor deeply believed in by professionals… “Am I a dinosaur in my apprehensiveness about troubling symptoms — and odds of survival — because I feel I need to talk face-to-face with another human being whose calling is diagnosis? As Wesley Smith says, speaking for me and, I expect, many of us: “Doctors use face-to-face meetings for more than exams. Sometimes, a doctor (not a computer) can take one look at a long-time patient (or not long-time) and tell that something is amiss.”

Centralized bureaucratic control of health care will not work and will lead to medical discrimination.  When a liberal, individual rights hero like Nat Hentoff (40 years at the Village Voice, hardly the National Review) gets it, what’s not to understand?
0
Print
Email
Prev Article
Next Article