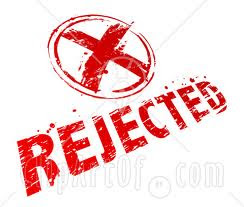 That won’t happen—yet—what with the president owning the veto pen and the Senate remaining narrowly Democratic.  But it can be badly undermined, indeed, so badly damaged all that will remain will be a husk to blow over in the electoral wind of 2012.  Its regulatory machine can now be defunded before it sinks deeply into the bedrock of American society. The House can—and should—repeatedly pass major modifications and repeals, which will probably be stopped in the Senate,  thereby setting up 2012 for the coup de grace.

If he were smart, President Obama would hearken to what the American people are yelling and reach out to the opposition to revise the law.  He could meet with Republicans and Senator Reid and work out a way to scale Obamacare way back to meet the desire for reform of the American people without accruing so much power to the federal government.  That would be good for America and greatly benefit his political fortunes.  Besides, I suspect the Supreme Court will ultimately declare the individual mandate unconstitutional.  So, if it is going anyway, why not lead the parade?

But that would mean giving up the power and control that the Left covets.  So, while I think Bill Clinton might have chosen such a course—he is, among his many faults, an extremely adroit politician—Obama probably won’t.  And that will set up the big political fight for the presidency nicely.  In 2012, the people will be able to choose, Obama or No Obamacare.  Barring the unforeseen, I think they will choose the latter.

To Obamacare or not to Obamacare: that will the question finally decided in the 2012 election.

Update: Here’s how The Hill put it:

Democrats who voted for their party’s signature domestic achievement dropped like flies throughout the evening, adding credence to Republicans’ claim that the American public wants them to repeal healthcare reform...Sen. Blanche Lincoln (D-Ark.), who voted for the bill when her vote was crucial but later voted no on reconciliation, was also defeated. The trend is even worse when factoring in yes votes who weren’t running for reelection. Retiring Rep. Bart Gordon (Tenn.) left Democratic candidate Brett Carter to get pulverized by Republican Diane Black, 29.3 percent to 67.5.

Also, I would note that this was originally expected to be a good year for the Dems in the Senate, but it was a bad one instead, although not the disaster in the House.  Moreover, some Ds are agin Obamacare, including Senator elect Manchin of WV who won by explicitly opposing the Obama agenda.  Also, Ben Nelson has to be sweating for 2012.  The message is clear.  Walk Obamacare back or lose in 12.

Democrats did, however, pick up Republican Rep. Joseph Cao’s seat in Louisiana. Cao had voted yes on the bill in November — the only Republican to do so — but changed his vote when the bill returned before the House in March
0
Print
Email
Prev Article
Next Article