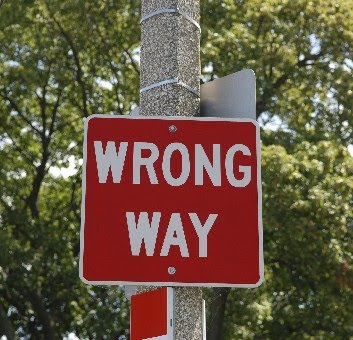 This is a followup to my recent post about Peter Singer denying equal moral status to children until after two years of age.

Defenders of Peter Singer like to say that we critics are just too dull to really understand what the great man is saying.  And hence, we distort his thinking on issues like infanticide.  But the real problem for Singerphiles is that we understand precisely what he advocates—and more importantly, where such thinking would lead.

I make it a habit not to use Nazi analogies.  Singer is not a racist or anti Semite. Nor is he a totalitarian. But he does believe that babies past the second year are not persons, and don’t have the same moral status as those of us who (at least today) possess sufficient self awareness to earn that status.  He also believes that disabled infants can be killed as a matter of compassion and to serve the family’s interests.

Preventing suffering and promoting the interests of family and state were the bases for advocating infanticide permissiveness policies in Germany throughout the 1920s and 1930s.  This eugenics/utilitarian/compassion meme led to the first authorized killing in the Baby Knauer.  Here’s what I wrote about it in Culture of Death, quoting three notable history books that focused on the case:

The first known German government-approved infanticide, the killing of Baby Knauer, occurred in early 1939.  The baby was blind and had a leg and an arm missing.  Baby Knauer’s father was distraught at having a disabled child.  So, he wrote to Chancellor Hitler requesting permission to have the infant “put to sleep.”  Hitler had been receiving many such requests from German parents of disabled babies over several years and had been waiting for just the right opportunity to launch his euthanasia plans.  The Knauer case seemed the perfect test case.  He sent one of his personal physicians, Karl Rudolph Brandt, to investigate.  Brandt’s instructions were to verify the facts, and if the child was disabled as described in the father’s letter, he was to assure the infant’s doctors that they could kill the child without legal consequence.  With the Fuhrer’s assurance, Baby Knauer’s doctors willingly murdered their patient at the request of his father. [Burleigh, Death and Deliverance, pp. 95-96; Lifton, Nazi Doctors, pp. 50-51; Gallagher, By Trust Betrayed, pp. 95-96.]

And here’s how BK’s father later described his conversation with Brand about the killing of his boy, again as presented in COD:

Baby Knauer’s father was quoted by Lifton in, The Nazi Doctors, as stating in 1973 that Brandt assured them “we wouldn’t have to suffer from this terrible misfortune because the Fuhrer had granted us the mercy killing of our son.  Later, we could have other children, handsome and healthy, of whom the Reich could be proud.” [Lifton, p. 115]

And here’s what Singer wrote about infanticide to protect the interests of a hypothetical future sibling in Practical Ethics (p. 186):

When the death of a disabled infant will lead to the birth of another infant with better prospects of a happy life, the total amount of happiness will be greater if the disabled infant is killed.  The loss of the happy life for the first infant is outweighed by the gain of a happier life for the second.  Therefore, if the killing of the hemophiliac infant has no adverse effect on others it would . . . be right to kill him.

Compare what Singer wrote and what Brandt told the father of Baby Knauer.  What is the difference? I can’t see any. Both supported infanticide as a means of ending suffering and making a happier future possible for later-born infants.

Singer has also defended himself by stating that the German infanticide was in secret, which he opposes. That was generally true, but not in the Baby Knauer case.

Awful things said in a charming Australian accent are still awful.  Singer is our most influential contemporary thinker.  Much of what he advocates has been done—terribly—before. That is why his views must be exposed, and argued against, at all opportunities.
0
Print
Email
Prev Article
Next Article