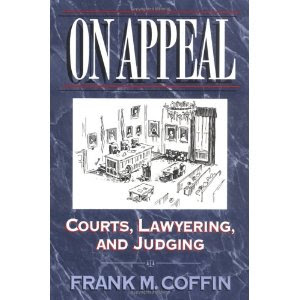 We have previously discussed the injunction issued by U.S. District Judge Royce Lamberth, who ruled that President Obama’s embryonic stem cell funding policy violated federal law.  That funding cutoff was stayed on appeal, the oral arguments of which were heard yesterday. From the story:

U.S. funding of human embryonic stem cell studies violates the law and must be stopped, a lawyer for two scientists who sued the Obama administration told a federal appeals court. The attorney, Thomas Hungar, sought today to persuade a three-judge panel in Washington to halt the flow of federal funds for research on stem cells where human embryos are injured or destroyed. A lower-court judge, ruling the research violated the 1996 Dickey-Wicker Amendment limiting stem-cell research, temporarily barred funding during the case. The U.S. appealed.

“There’s no question they are trying to, and are, incentivizing the destruction of embryos in violation of the amendment,” Hungar said. A lawyer for the Justice Department, Beth S. Brinkmann, said the spending is legal because the government isn’t paying for the destruction of embryos. The stem-cell lines used in the research were created outside the government, she said. Without the ability to support research on embryonic stem- cell lines, the government said, years of progress toward finding cures for diseases and disorders will be lost and scientists will look to other countries such as Singapore and China to continue their work.

Hardly lost.  It’s not as if scientists would have to shred their findings.  They would just have to rely on non federal money, which isn’t exactly in short supply: Even during the Bush years, ESCR researchers received more than $2 billion in the USA.

Moreover, the question isn’t what China or Singapore will do.  That is—or at least, should be—irrelevant.  The question is whether ESCR violates current federal law. And that boils down to whether embryo destruction and stem cell line derivation is one transaction—as Lamberth concluded—or whether embryo destruction can be distinguished from the research that follows, and thus, does not violate the Dickey Amendment’s prohibition on the Feds funding research that destroys embryos.  It’s a close question, and I think the appellate court could go either way.

However the appeal is decided, will the Supreme Court will take the case?  That depends on which side wins the appeal, but more on that later.
0
Print
Email
Prev Article
Next Article