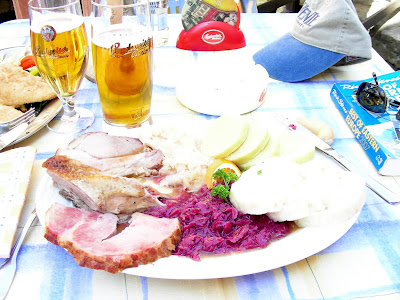 Must everything outside the norm be considered an illness?  Can’t people be iconoclastic or eccentric without being labeled sick?  The latest newly discovered mental disease: Selective Eating Disorder. From the story:

Everyone knows someone who refuses to eat certain foods, whether it’s because of yucky texture, unappetizing color or stinky smell. Usually these people are kids. But according to a preliminary online survey by researchers at the Duke University Center for Eating Disorders, extremely picky eating may be more common in adults than you think. Researcher Nancy Zucker at Duke says these exceptionally picky adults may be suffering from a previously unrecognized illness called selective eating disorder (SED). They’re not just being bratty, Zucker tells LiveScience’s Robin Nixon. Rather, selective eaters may experience food differently than other people: they tend to reject food because of look or smell, rather than taste, and they often have had early negative associations with food, like stomach problems or acid reflux in infancy, LiveScience reports. The condition can cripple people’s social lives and affect long-term mental health.

Hey! Secondhand Smokette might be a candidate.  From her Thanksgiving column, “Confessions of a Non Foodie:”

I am the opposite of a foodie. My favorite green vegetable is the peas - fresh or frozen. My second favorite is celery. I like iceberg lettuce. At restaurants I have been known to look longingly at the children’s menu. When President George H.W. Bush admitted he did not like broccoli, I felt as one with him. When the Reagan administration declared ketchup to be a vegetable, I knew it was true. I don’t eat ketchup...

You can’t make yourself like what your body wants to reject. I love to travel and hate to eat most foods that fall outside three basic food groups - pizza, pasta and potatoes. On my first trip to Paris, I thought I’d be fine. I speak French. Boeuf, jambon, poulet (beef, ham, chicken). Then I discovered a restaurant that was serving cochon (pig) actually was serving pig snout. My husband Wesley loves to joke about our first night in Paris. We ate Italian. Oslo, first night: Italian. Sydney, first night: Italian. The United Kingdom? I don’t go for canned peas. The old standard pub fare gave me heartburn, and I don’t do tandoori.

SED my mashed potatoes. Picky eating is just picky eating.  The last thing we need is a new victim class.

(Photo by WJS of a fondly remembered ethnic meal in the Czech Republic.  As I recall, Debra had a hamburger.)
0
Print
Email
Prev Article
Next Article