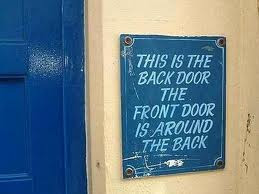 The bureaucracy promulgated a rule paying doctors for end of life counseling.  The original Obamacare legislation had provisions in this regard, which were taken out in order to pass the final bill.  I was going to comment on it here at SHS, but The Corner asked my views, so I did it there.  From my post:

When I learned that the federal bureaucracy had promulgated a rule compensating physicians for the time they spend counseling patients on end-of-life health-care decisions, I wasn’t surprised. A similar provision was dropped from the Obamacare bill, but anyone who understands the profoundly bureaucratic nature of contemporary government knew that that was not necessarily the end of it. The 2,700-page law is destined — if it is not rolled way back or repealed — to generate over 100,000 pages of enabling regulations. In such a milieu, that which can’t be obtained legislatively, can often be gotten through the bureaucratic back door. In fact, as I’ve noted elsewhere, one commission created by the law, the Medicare Independent Payment Advisory Board, can even enact laws over the president’s veto.

Paying doctors to have this conversation is not alarming so long as it is voluntary and not coercive.  But the original bill had real problems in this regard:

The original policy became controversial out of the reasonable fear that in the drive to cut costs, the “counseling” could become “pressure” to refuse care. The assisted-suicide advocacy group Compassion and Choices, for example, bragged that it helped author the legislative provision — which would also have permitted outside experts to be delegated the counseling task. I am convinced that Compassion and Choices hopes to become the Planned Parenthood of death, and being paid by the government to counsel on end-of-life decisions would be a big step in that direction. Then there was a political struggle to ensure that the funded counseling was “voluntary,” which was not clear in the original legislation but is explicit in the new regulation. This may sound like a far-fetched concern, but medical coercion and persuasion regarding death decisions is not unknown in health care. For example, responding to studies showing that genetic counselors often push the abortion option for women whose unborn children test positive for genetic anomalies such as Down syndrome or dwarfism...

Finally, there was the “death panel” accusation:

The end-of-life-counseling provisions in the original bill first became controversial because they were mistakenly thought to be mandatory, sparking Sarah Palin’s political thunder-stroke accusation of “death panels,” a charge Obamacare has still not shaken. The counseling requirement would not have established death panels per se, although, as Palin later noted, the many cost/benefit boards in Obamacare could be used as vehicles for health-care rationing — which if authorized to deny life-sustaining or -extending treatment to save money, could indeed qualify as death panels. But that is a subject for another day.

Many “form” advance directives make it easy to refuse treatment, but harder to ask for it.  That too is a problem for discussion on another day.
0
Print
Email
Prev Article
Next Article