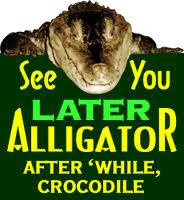 Obamacare’s ambitions to control the entire health care system through a medical mega-bureaucracy endangers the health care system.  In addition to the toxic potential for rationing, the attempt to undermine private insurance—both for profit and not for profit—by preventing underwriting and forcing companies to take all comers (toward forcing a single payer system, in my opinion), the financially devastating unfunded Medicaid mandates to the states, the cutting of Medicare, etc., etc., there is more to worry about; the potential that doctors will just throw up their hands and take a hike rather than surrender their professionalism to bureaucrats.

We saw an earlier study indicating that may just happen, which I reported here.  And now a survey of 2400 doctors for the Physician’s Foundation, reaches a similar chilling conclusion.  From the report:

The research, conducted by Merritt Hawkins, a national physician search and consulting firm, on behalf of the Foundation, comes on the two-year anniversary of the Foundation’s first national physician survey that found growing dissatisfaction among doctors as they struggle with less time for patient care and increased time dealing with non-clinical paperwork, difficulty receiving reimbursement and burdensome government regulations. The new research reinforces those findings and shows that the new health care reform could intensify existing problems for doctors and worsen the shortage of primary care doctors, making it more difficult for patients to access quality care.

Here are some specifics:

• 40% of physicians said they would drop out of patient care in the next one to three years, either by retiring, seeking a non-clinical job within healthcare, or by seeking a non-healthcare related job.

• The majority of physicians (59%) said health reform will cause them to spend less time with patients.

This is daunting and needs to be looked at very carefully in the new Congress.

Some may argue that it won’t really happen, that it is all bluff and bluster.  I don’t think we should be so sanguine.  We are already seeing stories of doctors not taking Medicaid and Medicare because of delayed payments, of physicians overworked and underpaid in HMOs, etc.  It strikes me that the bigger the government’s thumb on the health care system, the more doctors—particularly those nearing the end of their careers—will say, “It’s just not worth it.”

Here’s a link to the actual report.
0
Print
Email
Prev Article
Next Article