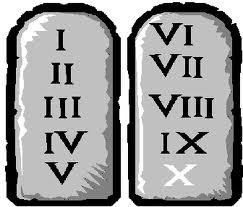 The West is having an identity crisis. We are supposed to be societies based on principles, particularly, “We hold these truths to be self evident, that all men are created equal, that they are endowed by their Creator with certain inalienable rights, among which are life, liberty, and the pursuit of happiness,” an idea that has spread far beyond America’s shores.

In times of even the worst difficulties, principle serves as our lodestar. A society that runs on principles, worked out over time and hewed into firm guideposts, has the stability necessary to remain vibrant and cohesive in even the worst of times.  In our issues, this used to mean—as just one example—no euthanasia.  The Hippocratic Oath made that clear, as did the laws of the land.  But that didn’t mean allowing people to die in agony.  Empathy and compassion demanded more, and hence, hospice was born.

Adherence to principle is not without its problems, of course.  Everything depends on the nature of the principles that govern.  Moreover, a society firmly grounded in even the most just and benevolent principles can become unjust by a strict adherence to nakedly legalisism.  To avoid this, we developed a safety valve over the centuries—known as “equity”—to soften what can sometimes be very hard edges of principle without causing the principle itself to lose vibrancy .  But equity only works if it is the frosting on the cake.  When, as now, we have mostly frosting and little cake, equity devolves into expedience—to the point that we are often not governed by principle at all.

The contemporary voice of expedience is the emotional narrative—and can anyone deny that it is the most powerful force driving society today?  Indeed, in the face of the cry of anguish shown in closeup on TV, we are like the ship on a stormy sea without a rudder, driven hither and yon without course or purpose.  With our attention focused myopically on the despair or intense yearnings of the individual—if rational principles get in the way of what the subject of the narrative of the day wants—to heck with the principles! And if “society’s rules” impede the narrative, to heck with the rules, too!  You are you to judge?

But right and wrong based primarily on emotion and individual circumstance lack substance. Relativism rules. And so we are whipsawed by Oprah culture, leading to a form of moral anarchy.  Some think that protects the outcast.  But in an unprincipled society, the weak are actually the most at risk.

I thought about all this—now you see why I am not invited to many parties—after reading an essay in the American Thinker, a conservative on-line journal, by Jeremy Egerer, and thought y’all might like to ponder it too.  (What he calls “empathy,” I call emotional narratives.)  He is writing about criminal justice, but his concerns are pertinent to our discussions, as well.  From “Law in the Empathetic Society:”

Without objective standards, law is reduced to a game of emotional manipulation, seeking compassion for whoever has the most depressing story, and seeking immoral laws to back that so-called justice, according only to whim.  In our postmodern and liberal society, sometimes our public supports the child who was shot after throwing large rocks as a police officer.  Other times we side with a black man in jail, not because of what he has done to someone else, but simply because of how we emotionally perceive.  In a world devoid of objective legal standards, compassion for aggressors can very easily become the enemy, because because suffering is everywhere, and everyone — both offenders and offended — has a story.  It seems, then, that anyone can be a victim.

Indeed.  And that undermines institutions, because what are principles in the face of intense feelings?  In such a milieu, for example, it sometimes seems we care more about animals than people.

Egerer ends his essay with a pertinent question:

My question to my readers is this: living in a secular, multicultural, postmodern world, there is an increasing cacophony within the world of compassion...My question to you is, do you know where to draw the line between compassion and injustice?

We desperately need a unifying principle to ground our society and guide our private and public policy decisions.  Egerer sees it in Christian principles.  I think that is too narrowly dogmatic.  For me, it is human exceptionalism, a secular principle I see as essential to protecting the vulnerable, permitting human thriving, and guaranteeing human equality.

What say you? Should there be a universal value system for society to which each of us is duty bound to respect—even if it means sacrificing what we would prefer for ourselves and turning a cold shoulder to many emotional narratives no matter how poignantly voiced?  If so, what would that principle be?  If not, can we truly have a “society” in which we are obedient to no unifying governing principle?
0
Print
Email
Prev Article
Next Article