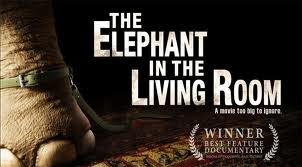 I’ve been meaning to post about this case, but NYT Leftist columnist, Gail Collins, wrote about it first in her column today—so let’s bounce off her perspective. Collins is angry that a Medicaid patient needing an organ transplant was rationed out of the surgery because of budgetary restrictions.  She’s right that the rationing was wrong.  But in her liberalism and anger with Arizona over extraneous issues such as illegal immigration, she can’t see the real culprit standing right in front of her.  From her column, “Arizona Strikes Again:”

But Francisco, who has hepatitis C, had lost his health insurance when he had to stop working and had gotten coverage under the state Medicaid program. And Gov. Jan Brewer had signed a law eliminating Medicaid coverage of certain kinds of transplants as a cost-cutting measure. Flor said the next words she got from the doctor were: “You need to bring $200,000 as a deposit for the hospital.” Francisco was summarily discharged. The Arizona state government, which is totally controlled by Republicans, got between him and his doctor. “The state only has so much money and we can only provide so many optional kinds of care. Those were one of the options that we had taken liberty to discard,” said Governor Brewer, who we all remember for her path-breaking efforts to convince the world that the Arizona desert is strewn with the headless bodies of illegal immigrants.

Conservative Arizona isn’t the problem—Liberal Oregon’s Medicaid is specifically rationed and has said no to recipients needing double transplants and other life-extending procedures.  No, the real problem is that Medicaid is single payer! When you have single payer, you have hard budgets. And when the costs crash against the budgetary wall, people get rationed, usually those with the least political clout.  That’s the primary reason I turned against single payer.

But Collins is all for it.  From an earlier Opinionator blog exchange with David Brooks:

Since something like a third of the cost of health care is in administration, and the problem with reorganizing health care has to do with all the multitudinous plans and policies, a single-payer system would be far and away the most cost effective answer. We don’t talk much about it because it isn’t politically possible. But it isn’t politically possible because we don’t talk about it. The opponents of a public plan are afraid that people would all gradually migrate toward it, causing the insurance industry as we know it to wither away. Wouldn’t that be a good thing?

Hello!  If you don’t want rationing, you had better turn away from SP.  The two go together like Sees and Candy.
0
Print
Email
Prev Article
Next Article