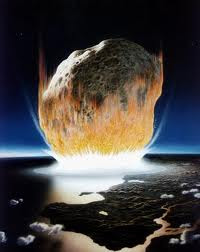 Back when I first got into this line of work, I wrote a piece for Newsweek about the dangers of euthanasia consciousness. I was a naif at the time.  I had no idea how insidiously seductive the culture of death could be nor how deeply it had already seeped into the culture of the West.  Since then, the darkness has spread like a stain.

But even then, in my innocence, I was prophetic.  Here’s a key paragraph from my first anti-euthanasia piece, “The Whispers of Strangers,” published on June 28, 1993:

Of greater concern to me is the moral trickledown effect that could result should society ever come to agree with Frances. Life is action and reaction, the proverbial pebble thrown into the pond. We don’t get to the Brave New World in one giant leap. Rather, the descent to depravity is reached by small steps. First, suicide is promoted as a virtue. Vulnerable people like Frances become early casualties. Then follows mercy killing of the terminally ill. From there, it’s a hop, skip and a jump to killing people who don’t have a good “quality” of life, perhaps with the prospect of organ harvesting thrown in as a plum to society.

Over the years, I have been told many times that my fears would never happen.  Assisted suicide/euthanasia was just for the terminally ill, at the very end of life, for whom nothing can be done to alleviate suffering.  We would never use euthanasia to harvest organs!

For years I waited for the organ harvesting shoe to drop.  Then, I found a letter in a transplant medicine journal in which doctors admitted harvesting organs from the euthanasia of a catastrophically disabled woman.  They had done it, the letter stated, ergo it was ethical. That’s the kind of self justification we see in this field.

Now, Belgian doctors have taken to the road to sell the idea. From the story:

A group of Belgian doctors are harvesting “high quality” organs from patients who have been euthanased. This is not a secret project, but one which they described openly at a conference organised by the Belgian Royal Medical Academy in December. In a PowerPoint presentation, Dirk Ysebaert, Dirk Van Raemdonck, Michel Meurisse, of the University Hospitals Of Antwerp, Leuven And Liège, showed that about 20% of the 705 people who died through euthanasia (officially) in 2008 were suffering from neuromuscular disorders whose organs are relatively high quality for transplanting to other patients. This represents a useful pool of organs which could help to remedy a shortage of organs in Belgium (as everywhere else).

I can think of few more dangerous activities then to convince people with disabilities—and society—that their deaths have greater value than their lives.  That pebble with which I was concerned has grown into a massive boulder that is generating tidal waves of harm.
0
Print
Email
Prev Article
Next Article