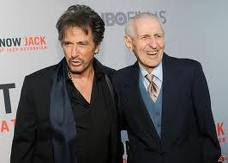 I try not to get into personalities here.  But Jack Kevorkian is an icon of all that I see going wrong with our culture.  The man was not—and is not—about compassionate help for people who are suffering.  His assisted suicide campaign was always about him.

Why do I bring this up again?  He is speaking at UCLA—I am sure for a hefty fee, he received $50,000 from a Florida university.  And this is how the murderer is described.  From the press release for “An Evening With Jack Kevorkian:”

Los Angeles, CA - Dr. Jack Kevorkian, one of America’s most prominent physicians, and widely considered a leading expert on Euthanasia, will be the guest of honor at a lecture at University of California, Los Angeles’s Royce Hall on Saturday, January 15, 2011 at 7:00 PM...

He is also called “a world renowned pathologist.” He was no such thing during his medical career.  He blazed no trails.  He developed no new techniques.  Until he began making headlines, he had made few ripples. In fact, when he could no longer find work as a pathologist, he applied for a job as a paramedic.  He didn’t get it.

What is amazing—and truly appalling—is that the facts about K don’t matter a whit anymore.  But I feel obliged to keep important facts about Kevorkian in the public sphere in case anybody wishes to restore sanity about whom we laud in public life:

1. Kevorkian’s goal in assisted suicide was not the relief of suffering. K”s ultimate goal was to receive a license to engage in human vivisection.  Kevorkian explained this yearning in his 1991 book Prescription Medicide: The Goodness of Planned Death, where on page 214 he admitted that assisting “suffering or doomed persons kill themselves” was “merely the first step, an early distasteful professional obligation.” Instead of wanting to help the dying, Kevorkian candidly acknowledged, he was actually pursuing his own obsession. “What I find most satisfying is the prospect of making possible the performance of invaluable experiments or other beneficial medical acts under conditions that this first unpleasant step can help establish — in a word obitiatry.”

2. Before beginning his assisted suicide campaign, he traveled to all the prisons in America in which executions are carried out, asking to experiment on prisoners as part of the execution process. He even met with some prisoners seeking consent.  He only turned to the ill and disabled when he had been thwarted from using the criminal justice system to satisfy his macabre obsessions.

3. Most of Kevorkian’s assisted suicides were not terminally ill. Five weren’t even sick upon autopsy.

4. Some were coerced or clearly depressed. For example, Judith Curren, age 42, may have been a victim of spousal abuse. A woman who reportedly abused prescription drugs, Curren had reported her husband to the police for violently abusing her—shortly before he flew her to Kevorkian for death in 1996.  She had been diagnosed with chronic fatigue syndrome, but her autopsy detected no illnesses.

4. He is bigoted against people with disabilities. He once called quadriplegics and paraplegics who were not suicidal “pathological,” and exposed his sympathy for eugenics in a court document, asserting, “The voluntary self-elimination of individual mortally diseased and crippled lives taken collectively can only enhance the preservation of public health and welfare.” (In fact, his preying on depressed people with disabilities was the primary reason that community jumped into the fray opposing assisted suicide.  Not Dead Yet’s first demonstration was in front of Kevorkian’s house.)

5. He ripped out the kidneys of one of his assisted suicide victims—an ex cop named Joseph Tushkowski who was depressed over his quadriplegia. The “surgery” was so crude that the Oakland County Medical Examiner called it out of a “slaughterhouse” and a “bizarre mutilation,” noting that the perpetrator simply lifted up Tushkowski’s sweater, did his dirty work, and tied off the blood vessels with twine.-  Despite this, K held a press conference offering them, “First come, first served.”  The media yawned.

I could go on and on.  For more details, here is an old article of mine in which I lay it out.

Back in 1998, in the wake of the Tushkowski news, I bluntly wrote the truth about the real Kevorkian in the Weekly Standard:

Jack Kevorkian is a quack, a ghoul, and a fiend. He is a quack because, though once trained as a pathologist, he has no training or expertise in diagnosing or treating depression, and he has not treated a living patient, at least not one who survived his “treatment,” since his residency and military service in the 1950s. (His license to practice medicine was lifted in 1991.) Yet he purports to advise despairing sick and disabled people about their medical prognoses. He is a ghoul because he is obsessed utterly with death. Indeed, his “Dr. Death” moniker dates back to his medical-school days, when he would haunt hospital wards at night, staring into dying people’s eyes. He is a fiend because his fondest dream is to slice open living people. He may also be the world’s most clever serial killer, as one media observer once put it, since his victims come to him.

I also put K into a wider societal context:

The ultimate horror of Jack Kevorkian lies not in the hollowed-out body of his latest victim, but in the hollowness he has exposed in the society that tolerates — and even celebrates — his increasingly gruesome killing spree.

And it has only gotten worse.  Al Pacino played K in a puff propaganda bio-pic in which none of the above facts made it into the original script, much less the film.  Oh, the film received an Emmy for best miniseries and Pacino won one for best actor.

Few things better illustrate the degradation and degeneration of our culture than the elevation of Kevorkian in the media and popular culture to respectability and adulation.  Culture of death, Wesley?  What culture of death?
0
Print
Email
Prev Article
Next Article