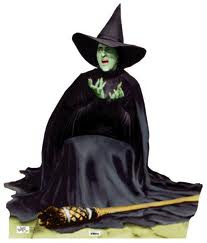 Single payer systems collapse under budget constraints.  That is the lesson of the ongoing “NHS Meltdown” chronicled here over the last several years.

Things have gotten so bad, I have to double triple up on the reporting from the front lines of the collapse.  First, a Telegraph expose` warns that the NHS is losing the ability to provide even the most basic care to birthing mothers.  From the story:

It was a bitterly cold night in January when Geraldine Weller gave birth in the car park of a London hospital. Three hours earlier, the maternity unit had sent her away. Midwives who said they were short-staffed had confidently told her that it would be “ages yet” before she went into labour. They maintained that view even as her husband made frantic phone calls, reporting from their Surrey home that the baby’s head could now be seen. She says: “We just huddled together. My husband came back and wrapped Henry in a bath towel, and finally one of the nurses came out and said: ‘What’s this?’ “

In desperation, the couple ignored advice to stay put and drove back to the hospital. With her husband shouting into the security cameras of the maternity unit for help, Mrs Weller stepped from the passenger seat. As she did so, she gave birth to their first child, catching the newborn in one leg of her pajamas.

Defenders of single payer will sniff that this is just anecdotal.  It could happen in a private pay system.  And it is true that mistakes can happen, but in a case like this they would lead to massive punitive damages and regulatory kickback of epic proportions.  But the issue here isn’t a bad decision by medical personnel, but rather, a systemic meltdown:

Today, an investigation by The Sunday Telegraph discloses widespread fears among health professionals that maternity services are Twenty midwives working in NHS hospitals across the country agreed to be interviewed by this newspaper. All spoke out on condition that their real names were not used, because they believe that the service which employs them is failing to meet the most basic requirements of expectant mothers.into crisis, as small units close, and funding fails to keep up with a decade-long baby boom...

The maternity service is regularly filled to capacity; three or four times a week it closes, refusing all admissions, sending women in labour around the country to other units as far as 60 miles away. Shortages of anaesthetists and midwives mean women are left to beg for epidural pain relief in vain, says the experienced midwife. Despite national standards to check foetal heart rates every 15 minutes, when pressures mount, a gamble is taken, and checks are delayed.

Meanwhile NHS hospitals are “gridlocked” due to a swine flu outbreak.  From the story:

Britain’s most senior accident and emergency doctor told The Sunday Telegraph that four weeks of intense pressures had left casualty departments “overwhelmed” with patients. He said desperately sick people had been left for hours waiting on trolleys, with even those requiring intensive care enduring long delays. Dozens of NHS units have cancelled surgery and clinics for outpatients. At least 10 major centres issued “black alerts” — the highest emergency warning — meaning they were at breaking point, forcing patients to be sent elsewhere. Scores of hospital wards closed due to norovirus, the winter vomiting bug, which put more than 1,200 beds out of use in one week as nurses attempted to isolate the disease.

How could this happen?

John Heyworth, the president of the College of Emergency Medicine, said: “We have seen A&Es absolutely overwhelmed, with people queuing on trolleys and long delays even for those being admitted to intensive care. The hospitals are gridlocked.” He expressed anger about the failure of Government and the NHS to develop sufficient contingency plans, given that a flu outbreak was widely anticipated following the swine flu pandemic in 2009. “My frustration is that so much of this is predictable. This did not come out of the blue and yet the planning is inadequate — as though there is a sense of denial about it. The planning this winter has been far less effective than last year.”

Doctors in north-west England began giving jabs to healthy schoolchildren earlier this month, after senior medics decided that stocks of vaccine should be used to prevent the spread of disease among the young. The decision, taken by Bury Primary Care Trust (PCT), came 11 days ago, following more than a dozen deaths in Greater Manchester, including three in Bury, as well as that of three-year-old Lana Ameen, who died on Boxing Day soon after falling ill in nearby Stockport. Parents were told that their children would be offered the jabs, and hundreds of pupils at two schools in Bury, Derby High School and Prestwich Arts College, were given the vaccine. But on Tuesday, bosses at North West Strategic Health Authority (SHA) ordered doctors and nurses to stop providing the jabs – and now hundreds more families have been informed that their children will not be offered protection after all. Local doctors say the change of plan – to bring the area in line with official Government restrictions – has left parents feeling fearful and anxious.