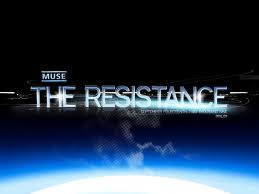 We are already seeing fallout from the momentous (at least for now) decision by Judge Vinson throwing the entire Obamacare law out as unconstitutional.  The administration has not yet (as far as I know) requested a stay or filed an appeal (as part of their apparent go slow strategy to draw out the clock so more of the law can be implemented before it hits the Supremes, in the hope that the realty on the ground will impact its ruling).  The judgment as I understand it, is final.  That means the 26 state plaintiffs in the case are—for the moment—not bound to follow the ACA.  And the Wisconsin Attorney General has stated that the Badger State will not.  From the story:

The office of Wisconsin Attorney General J.B. Van Hollen, one of the states suing to overturn the Affordable Care Act, sends over this statement flatly declaring the law “dead” for his state unless it’s revived by a higher court, and asserting that this relieves state government of any and all its responsibiilties to implement the law:

“Judge Vinson declared the health care law void and stated in his decision that a declaratory judgment is the functional equivalent of an injunction. This means that, for Wisconsin, the federal health care law is dead — unless and until it is revived by an appellate court. Effectively, Wisconsin was relieved of any obligations or duties that were created under terms of the federal health care law. What that means in a practical sense is a discussion I’ll have in confidence with Governor Walker, as the State’s counsel.”

It’s unclear what this means in practice; a spokesman for the attorney general declined to detail what this might mean for Wisconsin residents. But it seems likely that other state officials hostile to the law may follow suit.

Meanwhile, Florida has also declared the law inoperable, and has even returned a $1 million implementation grant.  From the story:

Florida officials made their direction clear: We will not move forward to implement this law. Insurance Commissioner Kevin McCarty on Tuesday gave back a $1 million federal grant awarded to the state to assist with reforms. The money would have paid for a system to provide information to consumers on the rates of large-group insurers. And Florida Gov. Rick Scott said the state will wait until the U.S. Supreme Court weighs in on the case before it plans for pieces of the legislation that haven’t gone into effect. “We are not going to spend a lot of time and money with regard to trying to get ready to implement it,” he said.

This isn’t state nullification, which must be resisted.  It is relying on a court ruling that remains in effect until a higher court rules otherwise.

This is extraordinary. I am nearly 62.  In my entire life I have never seen a law that the country so clearly opposed, imposed by a temporary partisan political majority—simply because they had the numbers, even though the bi-partisan position was to vote no—in a way that so embittered the country.  And I have never seen resistance to a law, once passed, so pronounced.  Wars yes, laws no.

If we want to avoid two more years of such division and rancor, I see two choices.  First, the administration, the Democratic Senate majority and the Republican House majority should suspend the implementation of Obamacare temporarily, pending negotiations to repeal and revise the law as a global political and litigation settlement.  I believe such an agreement could be forged that allowed those with pre-existing conditions and those who can’t afford insurance to obtain it.  At the same time, the individual mandate and centralized multiple bureaucracies that were created could be erased.  That would still be a huge achievement for the president because it would have gone a long way cure the dysfunctional parts of the former system while drawing back the radical overreach of the law that was passed.

That should happen, but it won’t.  Which brings me to my second point: The Supreme Court should take the case on fast track appeal without going through the Courts of Appeal decisions that will waste a needless year getting to the denouement.  The sooner we learn whether Obamacare stands or falls constitutionally, the better off the country will be.

Then, if it is unconstitutional, we can go back to my first proposal. If it is constitutional and large segments of the public still oppose it, fight the 2012 campaign on the issue of repeal and replace.
0
Print
Email
Prev Article
Next Article