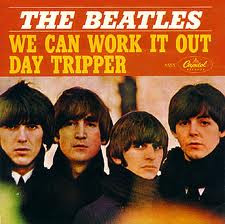 Well, I’ve been in a bit of a dispute over the last few days—but didn’t want to get into it here until the matter was resolved (assuming it could be). Readers of this blog may recall that a few weeks ago, I had a piece in the Weekly Standard that asserted “single payer” and “rationing” go together like “Sees” and “candy.” I gave several examples to back up my assertion.

Unbeknownst to me, the mainstream media fact checking blog, PolitiFact, decided to explore my claim.  Imagine my surprise when it labeled one assertion in that article to be “False.”  It wasn’t. It was true, and so I asked for a correction yesterday (Sunday) by e-mail.

I must say, I was pleased by the response. The editor was in touch of me within 30 minutes, and the reporter, the Oregonian’s Ryan Kost, contacted me this morning.  He and I then had a cordial and professional conversation, and as a consequence of our interaction, PolitiFact revised the verdict to “Half True.”

To go through the whole thing would get too convoluted, so here’s a nutshell version. First, here’s the section in question with the one sentence that was contested in italics. From “About Those Death Panels:”

As of October 2010, only the first 502 treatments were covered. But even that low number doesn’t tell the full story of rationing in Oregon. The Oregon Health Plan also rations covered procedures under certain circumstances. Chemotherapy, for instance, is not provided if it is deemed to have a 5 percent or less chance of extending the patient’s life for five years, meaning that a patient whose life might be extended a year or two with chemo may not receive it.”

That was absolutely true.  Chemotherapy is generally covered by the Oregon Health Plan, but it may not be covered for patients with terminal cancer when the treatment will not save or extend their lives for long period.  That rationing is contained in the plan itself, which was what I meant by the disputed sentence.

But that isn’t how the reporter interpreted what I wrote.  In his original article, he claimed:

Smith’s implication is that the plan said it would cover chemotherapy and then went back on its word.

In other words, Kost thought I was saying that the OHP would refuse coverage even if it was provided in the Plan (when I was actually saying that the Plan itself permitted some patients to be denied chemotherapy. ) And that was the basis for the “False,” designation.

But, I didn’t write that. I don’t think I implied it—I sure didn’t intend to.  So I asked for a correction.

Kost understood what I was saying, and wrote a revised ending.  From the corrected and revised entry:

We read Smith’s comment that the plan rations covered procedures to mean that the plan denies patients care it has previously said it covers. However, Smith says that’s not how his words should be interpreted. Instead, he was trying to indicate that while chemotherapy is generally covered under the health plan, there are instances when it’s not.

He’s right to a certain extent. Chemotherapy is included in several of the 502 treatment lines currently covered, but the type of chemotherapy covered and the situations under which it is covered are clear and immutable. We understand what he’s saying, but it somewhat confuses and ignores the way in which the prioritized list works. The list is not one of broadly covered procedures — chemotherapy, organ transplant, physical therapy, etc. — but one of medical conditions and very specific treatment plans.

Smith’s clarification is welcome. It’s also necessary to understanding his argument. As such, we find his claim that the Oregon Health Plan rations “covered procedures under certain circumstances” to be Half True — the statement is partially accurate but leaves out important, clarifying details.

Perhaps. There are space limitations in a piece, and I could have spent half the article explaining the arcania of the Oregon plan.  Still, PolitiFact and Kost were very responsive to my concerns, open to my criticisms, and I think fair in their revision.  I still believe that they over interpreted what I wrote, and that the verdict should have been “True. ” But I am not going to quibble.

One last point.  Kost claims he called me three times. I don’t doubt him, but I only received one message—and as fate would have it, it came when I was visiting my in-laws in Florida and I was unable to return the call.  Nor, did I know it was for a PolitiFact discussion.  If I had been able to reach Kost then, the whole contretemps might have been avoided.  The moral of the story: Always return a reporter’s calls!

As the great Oscar Levant once said, “Now onto fixing the problems in the Middle East.”
0
Print
Email
Prev Article
Next Article