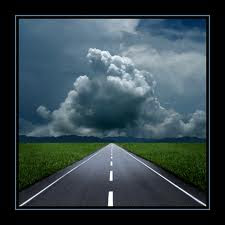 It is a sign of the times.  A novel is out with apparent transhumanist tendencies, in which a chimp is engineered to exhibit human characteristics.  And it has graphic scenes of human/chimpanzee sex.

First, based on the SF Chronicle book review, it would appear that the The Evolution of Bruno Littlemore comes from a radical animal rights perspective  From the review:

Imagine, for a moment, a future in which animals are accorded the same rights as humans, a society in which cattle ranchers, research scientists and pet owners are regarded with an antipathy we now reserve for eugenicists and slave traders. In the graduate literature seminars of this future, Benjamin Hale’s debut novel, “The Evolution of Bruno Littlemore,” would be hailed as a brave and visionary work of genius.

This interspecies coming-of-age story - in which a chimpanzee acquires language and attempts to make his way through human society - would be taught alongside “Animal Farm,” the works of Temple Grandin and J.M. Coetzee’s “Elizabeth Costello.” For readers of the present day, “The Evolution of Bruno Littlemore” offers a touching and quirky story of identity formation, a brash, glittering, engaging yarn that pushes past opposable thumbs, universal grammar and bipedal ambulation to the pulsing heart of our fair species.

Okay, I don’t mind a yarn about a chimp that acquires human attributes as a vehicle to engage in social criticism.  Having a pure outsider react to suddenly being immersed in a culture is a time-tested approach.

But it strikes me that when a book apparently includes graphic and positive depictions of bestiality, and is praised for it, we have embarked on a road that leads to cultural subversion:

Bruno learns to paint, escapes from a research facility, plays Caliban in an underground Shakespeare troupe and falls in love with his trainer, Dr. Lydia Littlemore. In all his exploits, romance included, Bruno takes life by the horns. The much-blogged-about - and truly rather graphic - interspecies sex scenes may offend the sensibilities of some readers, but it is difficult not to be moved by the strength of Bruno’s attachment to Lydia.

Peter Singer has similarly written a book review of a pornography book (warning, crude language) in which he smiles benignly at its explicit depictions of bestiality as merely two animals rubbing intimate body parts.

Curious about whether the Chronicle review was an outlier, I looked in vain for a review that criticized the bestiality. An essay in The Observer quotes a graphic depiction of the first sexual intercourse between chimp and woman, stating evenly:

We almost recognize this tone, because it’s aspiring to the Swiftian sound of someone discovering for the first time things that we long ago forgot we had to learn [the mechanics of having sex].

And that, my friends, is a classic example of terminal nonjudgmentalism.

This is a real storm warming.  Positive and pornographic depictions of bestiality are nothing to smile about or shrug off.  Standing against the normalization or acceptance of bestiality is far more important than having our “sensibilities” offended.  As I have written elsewhere, it is a crucial matter of defending and upholding human dignity.

The Chronicle review ends by praising the book for not “shying away from controversy.”  Why is that only considered a badge of honor when the controversial work stands against the usual standards of decency and/or human exceptionalism?
0
Print
Email
Prev Article
Next Article