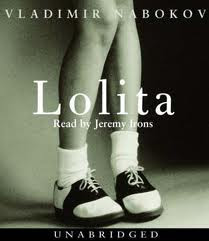 Coup de Culture operatives—utilitarianism, hedonism, scientism/earth religion—get them while they are young.  Part of destroying Judeo/Christian moral philosophy (of which human exceptionalism is a vital part) is the pop culture campaign  against personal behavioral restraint and moralism. The sexualization of children is a big front in that effort.

Abercrombie and Fitch makes money off this agenda, pushing hedonism generally in its ads, but now jumping the shark by selling bikinis for 8-year-olds with padded tops as part of its Abercrombie Kids summer collection.   From the story:

Abercrombie & Fitch’s preppy style has made it a favourite with teens and tweens. But the fashion chain was the subject of outrage today after it released a range of bikinis for eight to 14-year-olds with padded cups. The Abercrombie Kids ‘Ashley push-up triangle’ top, which retails for $24.50, features thick padding in the cup to give the illusion of a larger chest size.

But psychologists today called the design ‘appalling’ and ‘dangerous’. Speaking to FOX411, parenting expert Dr. Janet Rose said: ‘This is appalling. If a parent buys a padded bikini for an eight year old, children’s services should be called. ‘The sexualisation of teens is bad enough and now this trend is trickling down to our babies.’ She continued: ‘If we continue to try to make our children value “sexy”, I shudder to think what damage we are doing to their future self-concepts and adult values.

‘In the long run, I fear we are creating girls who will suffer from low self-esteem and all the issues that go along with that.’ Psychologist, Dr. Nancy Irwin, believes that the garments could encourage premature sexual promiscuity. ‘Wearing a padded bra at that age... is encouraging sexual precociousness, a dangerous muscle to flex for the girl as well as for peers and predators,’ she said.

Ah, quit your bellyaching.  It’s under control.  That’s why we have school based health clinics secretly dispensing condoms and contraception to minors, and if that doesn’t work, we will refer them to don’t-tell-the-parents abortion clinics.  Good grief.
0
Print
Email
Prev Article
Next Article