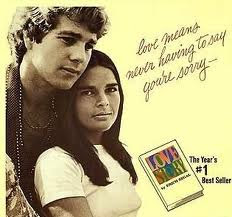 The credibility of the global warming meme continues to sink.  We are often told by alarmist apologists that we rubes irrationally refuse to believe the “settled scientific fact ” of AGW.  But that is reductionist because there is much more to the issue than whether the earth is measurably warming (it has over the last century, although the rate seems to have slowed).  The real issues are whether—and the extent to which—warming is human caused, what the likely consequences might be, when they might accrue, and if we have a serious problem looming, how to best deal with it as a human society—just to name a few.  These are not settled facts.

We are also told that we are just too weak to follow the lead of global alarmists.  We can’t believe a just God (or whatever) would allow the predicted apocalypse to take place.  We’re too scientifically illiterate to understand what the scientists do. We don’t understand the difference between weather and climate, poor rubes.  We are supposedly anti intellectual, anti science, in the thrall of Big Oil’s propaganda, yadda, yadda, yadda. The intellectual snobbery drips off the paragraphs.

But if alarmists want to learn the real reasons for their loss of credibility, they should look in the mirror.  They say one thing one day, and when that doesn’t work out, they turn on a dime.  That, people do understand.

An  excellent column in Forbes by James Taylor, of the skeptical Homeland Institute lays it out.  First, he points out how the alarmists were saying only a few years ago that we would have less snow, and now claim that our snowy weather is caused by warming.  From “Global Warming Alarmists Flip Flop on Snowfall:”

The UN Intergovernmental Panel on Climate Change (IPCC) Third Assessment Report was...straightforward... “Milder winter temperatures will decrease heavy snowstorms,” IPCC reported.  That was in 2001. Now, however, with an unprecedented number of major winter snowstorms hitting the northeastern U.S. during the past two winters, the alarmists are clamming up and changing their tune...

Jeff Masters, director of meteorology at the Weather Underground, and Mark Serreze, director of the National Snow and Ice Data Center, explained to the media at the UCS press conference why they believe global warming caused the heavy snowfalls in the northeast these past two winters...During the question and answer portion of the UCS press conference, I quoted the IPCC Third Assessment Report and asked Masters and Serreze if they were saying IPCC was wrong on the science. “I would say that we always learn,” replied Serreze. “Have we learned a great deal since the IPCC 2001 report? I would say yes, we have. Climate science, like any other field, is a constantly evolving field and we are always learning.”...

In other words, we can say whatever we want and not be held to it.  Being a global warming alarmist means never having to say you’re sorry.

In their own minds.  The snowfall meme isn’t the only “settled science” that has become inoperable after being “refuted by real-world climate conditions.”  In bullet points from Taylor’s piece:

And that is part of why Americans are not about to turn over their already weak economy to a hubristic and  unaccountable international bureaucracy, refuse to give our remaining wealth over to the “international community” to be redistributed, and don’t want to squash the energy sector when it will take decades to transition into cleaner approaches.

A good start to restoring credibility would be for the alarmists to apologize and show a little humility in the face of a climate system of almost incomprehensible complexity.
0
Print
Email
Prev Article
Next Article