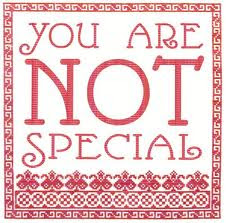 A book review in the Wall Street Journal of a new book called The Moral Lives of Animals (by Dale Peterson) highlights the ongoing threat to human exeptionalism posed by those who are working to erase the moral boundaries between us and fauna. The reviewer, Stephen Budiansky (The Truth About Dogs), first discusses the rampant anthropmorphism among many authors who seek to demonstrate that animals have moral lives in the human sense of the term.  (Jane Goodall has admitted, nay bragged, about her blatant use of the tool to “humanize” chimps, as I discussed in A Rat is a Pig is a Dog is a Boy).  Apparently Peterson doesn’t immerse himself as fully in this warm bath of projection as do other human anti-exceptionalists.  From the review:

The deeper problem, as Mr. Peterson more frankly acknowledges, is that it is the height of anthropomorphic absurdity to project human values and behaviors onto other species—and then to judge them by their similarity to us: “It’s like dressing elephants in tutus,” he writes. Nor is Mr. Peterson so enamored of the natural world that he is blind to the very disturbing things that animals can do. Along with a lot of too-familiar accounts of sexy bonobos, empathetic elephants and cooperative hyenas, he offers less often heard tales of the ugly truths that reign in the animal world. These include brutal infanticide in lions and horrific violence and cannibalism among chimpanzees. In one famous case, observed by Jane Goodall, a chimpanzee named Passion repeatedly kidnapped the babies of other mothers and, with the help of her own children, consumed them.

In humans, such behavior would be monstrous, psychopathological, evil!  In animals, it is merely species-specific behavior.  That’s a huge and morally relevant difference between us and all animals.

If Peterson can’t elevate animals to human moral attributes and capacities, apparently the author instead tries to diminish human exceptionalism, a concept he calls “Darwinian narcissism:”

Mr. Peterson, who was Ms. Goodall’s authorized biographer, nonetheless makes clear at the outset that he very much shares the fundamental ambition of the animal-rights movement to puncture the claim of human exceptionalism—the “error,” he states, of believing that humans have a unique status in nature or “are disconnected from the limits, systems, structures, and truths of the rest of the natural world.”

But of course, that is not what human exceptionalism claims.  We are not disconnected, but neither are we completely limited.  Humans alone can bend nature, at least to some degree, to our wills—with very positive (and some negative) consequences for our species.  But back to the review:

Recognizing the difficulty of boosting animals, his approach is instead to deflate humans: in particular, to suggest that there is much less to even so vaunted a human trait as morality than we like to believe. Rather than a sophisticated system of language-based laws, philosophical arguments and abstract values that sets mankind apart, morality is, in his view, a set of largely primitive psycho logical instincts. This is a definition undemanding and broad enough to encompass much of the animal world, which is precisely his point.

A sense of fairness and reciprocity, for example, does not depend on formal rules or any “complicated intellectual” processes, he writes, just a gut check: Our sense of justice is really nothing but a “quick emotional” assessment. Empathy does not require a mind capable of imagining the feelings and thoughts of another mind, but arises from “mirror neurons” that are automatically triggered when an animal witnesses the actions of others, generating the same sensations experienced when it performs those same actions itself. In Mr. Peterson’s view, human philosophizing about morality is little more than a smokescreen that obscures an instinctual and primitive essence.

But this is just wishful thinking (my term) on Peterson’s part.  As Budiansky correctly notes, our morality involves far mere than biological interactions:

...the moral world of humans, to even the most casually reflective observer, reaches far beyond such primal urges. Humans of the 21st century, after all, have exactly the same instinctual emotional urges that humans of the 18th century did. Yet because of language, argument and an ability to weigh abstract notions and hold ourselves accountable to moral ideals, the intervening centuries have seen a transformation in attitudes about slavery, democracy and the rights of women. These hardly amount to “this or that obscure issue.”

And Mr. Peterson simply ignores several decades worth of recent studies in cognitive science by researchers such as David Povinelli, Bruce Hood, Michael Tomasello and Elisabetta Visalberghi, which have elucidated very real differences between human and nonhuman minds in the realm of conceptual reasoning, particularly with respect to what has been termed “theory of mind.” This is the uniquely human ability to have thoughts about thoughts and to perceive that other minds exist and that they can hold ideas and beliefs different from one’s own. While human and animal minds share a broadly similar ability to learn from experience, formulate intentions and store memories, careful experiments have repeatedly come up empty when attempting to establish the existence of a theory of mind in nonhumans.

Would-be HE deconstructionists think that by undermining our self conception as the uniquely important species, they will convince us to that we are merely one small component of the broader natural world.  They naively believe that by moving us beyond what they consider to be an obsolete and limited brotherhood of man concept (which we still haven’t attained) into a mystical (or practical, depending on the advocate) understanding of the oneness of all, that we will apply the Golden Rule to all of nature.

But I believe the opposite is true.  Human exceptionalism, the uniqueness of human life, is the essential understanding that gives rise to our duties to nature and animals.  If we come to think we are just another animal in the forest, I believe it would reverse the centuries of moral progress we have made and justify returning to our more brutal ways.  And here is a profound irony: Anti human exceptionalists insist that we are not special—even as they impose self-sacrificing obligations upon us, duties to “the other,” we alone bear.  But that very understanding makes us exceptional, no matter what you want to call it.  They just want the duties part to apply, without the concomitant rights.

Budiansky has written a long and  interesting review that respectfully disagrees with Peterson’s main thesis but which takes his ideas seriously.  As an author, I can say that is all we can hope for in a reviewer.  I don’t have space to fully discuss the whole essay, but I think it is well worth your reading.  Highly recommended.
0
Print
Email
Prev Article
Next Article