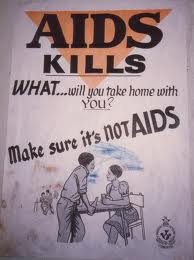 The general ABC approach seems to be working in another African country in fighting AIDS—this time Zimbabwe.  A=abstinence.  B=Be Monogamous.  C=If you can’t do A or B, use condoms.  From the story:

HIV prevalence in Zimbabwe has declined remarkably in recent years, dropping from 26% to 14% between 1997 and 2009. In a recent edition of the journal PLoS Medicine, researchers explored the reasons for this decline and examined what lessons can be learned and replicated.

Sponsored by UNFPA, UNAIDS and the Zimbabwean Ministry of Health and Child Welfare, the study pinpointed several key factors in Zimbabwe’s success. These include changes in sexual behaviour, personal experiences related to the high AIDS mortality in the country and correct information about HIV transmission. “The behaviour changes associated with the HIV decline appear to be largely the result of people increasingly talking about HIV and its link to risky sexual behaviour,” said Clemens Benedikt, HIV prevention manager in the UNFPA office in Zimbabwe and one of the authors of the report. The most significant cause of the decline was seen to be the reduction  in multiple sexual partnerships, with a 30% fall in men reporting extra-marital relationships.

We saw the same results in Uganda—until it began to fade as the C option overrode the A and the B.

Zimbabwe, and Uganda before it, prove that people can be sexually responsible when that becomes the societal expectation.  That’s a lesson that could be taken to heart in situations other than, and in areas far beyond, fighting a deadly disease in Africa.
0
Print
Email
Prev Article
Next Article