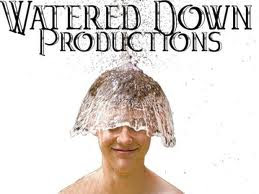 Several years ago, I wrote about the woeful decline in the taking of the Hippocratic Oath, and the pabulum replacements that really did not require new doctors to pledge anything very meaningful at all.  From my 2006 piece, “Harm Done,” in NRO:

Unfortunately, we live in an age when pledges of duty and fidelity of the kind found in the Oath are fast becoming passé. Indeed, there is little doubt that the medical profession generally sides with [Sherwin] Nuland [who wrote that the Hippocratic Oath was merely a symbol of “professional cohesion.]: Very few doctors take the actual Oath anymore. But there remains the pull of tradition. So, many medical schools and professional associations have instituted various watery pledges or declarations that are mere shadows of the great document itself.

Most recently, for example, Cornell Medical School published a rewritten oath for its graduating doctors to take. Gone, of course, is the proscription against performing abortions. No surprise there: Doctors ceased foreswearing that particular procedure decades ago (although it is interesting to note that recent newspaper stories complain that very few doctors are willing to perform abortions). But now, Cornell has cast aside two other crucial affirmations of the Oath: First, the prohibition against euthanasia has been erased (“I will neither give a deadly drug to anybody who asked for it, nor will I make a suggestion to this effect), and second, Cornell’s oath does not require its graduates to avoid sexual relations with their patients.

This is most unfortunate. The author of the Oath (whether or not it was actually Hippocrates) understood that killing is not a medical act. Moreover, the requirement that doctors pledge (on all they hold most sacred) to refrain from either killing or having sex with patients reflects the wisdom that doctors should refrain from taking too much (potentially corrupting) power over their patients into their own hands.

Now, the American Medical News has a story out that notices the same thing.  From “Medical Oaths Less of a Moral Compass for Physicians:”

Most physicians take part in a medical school oath ceremony, but few believe that the rite of passage has strongly shaped their sense of professionalism, according to an article published March 14 in Archives of Internal Medicine. Nearly 80% of 1,032 practicing physicians surveyed in 2009 said they took part in a medical school oath ceremony using the original or modified version of the Hippocratic Oath, the Osteopathic Oath, the Prayer of Maimonides or the Declaration of Geneva. However, only 26% said the oath they took significantly influenced their practice of medicine or provided moral guidance in their medical careers (archinte.ama-assn.org/cgi/content/extract/171/5/469). “These data suggest that for most physicians, the taking of the oath is not a pivotal, meaningful, signal event, but just something that happens,” said Farr A. Curlin, MD, co-author of the article. “Some people take it really seriously, and are looking to take it seriously. Others just see it as one more ritual that doesn’t have much more significance than other things they do.”

Well, of course!  When the oath you take doesn’t really say much of anything, it can’t be of much use as an ethical guide. And if you read my NRO piece—too long to produce here—I lay out explicitly the differences in what is being pledged today versus in the Hippocratic Oath. (I did a series of posts at SHS quoting the language of several different contemporary meaningless medical pledges.  See here, and here, and here.)

The political commentator Charles Krauthammer recently stated in another context that decline is a choice.  The point of professionalism is to set a higher standard of conduct than might be required within the general culture.  This was a primary purpose of the Hippocratic Oath.  But contemporary medical oaths are no longer designed with that purpose in mind.  Indeed, I believe there has been a de-professionalization of medicine in recent years, due, at least in part, to a willful decision to make the ethics of medicine fit comfortably within—instead of above—the contemporary cultural paradigm.