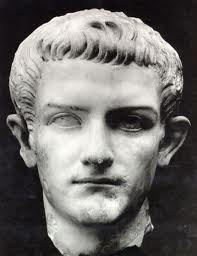 Shades of Caligula!  I like fantasy films like Lord of  the Rings and, when HBO’s Game of Thrones received good reviews, I thought I’d tune in.  It isn’t that good generally, but the first episode contained two plot lines that I found disturbing and perverse: Incest.

There appear to be two sets of villains. The first is a very blond royal family, apparently driven many years ago out of the kingdom that will be contested in the story.  The would-be king makes alliance with a warrior “savage” people by giving his sister in marriage to the head baddo.  Before so doing, he strips her naked and closely inspects “the wares.”  The gratuitous closeups of nubile flesh was for the teen boy crowd, but the incestuous implications were disturbing.

I understand that these made-for-cable television epics often have nudity and sex, even debauchery—as in HBO’s Rome, which I thoroughly enjoyed (if wincing at the bad history).  But I think graphically depicting truly inappropriate relations between siblings—even if by villains—promotes  an unhealthy prurience and the breaking of healthy moral boundaries.

Incest can be an appropriate plot line, although it is gratuitous here.  And it will be a telling sign of the times when someone comments that consensual adult incest is nobody’s business.  But even if that were true—it shouldn’t be shown graphically on a fantasy television series clearly aimed at attracting a young audience.