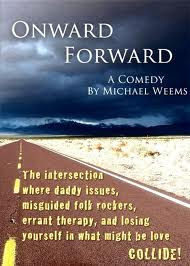 The days of embryonic stem cells as “the only hope” are long gone.  Sure scientists still talk about them as the “gold standard” and media still pound the drum, but the paint is fast pealing off that meme. Moreover, the field is only inching forward scientifically as it is proving very hard to harness cells meant to create differentiated tissues in gestating embryos and fetuses.  On the cloning front, SCNT seems stalled—probably impeded by the human egg dearth.

The chemical which summons stem cells from bone marrow to the site of a wound has been discovered by scientists in the UK and Japan. The study, published in Proceedings of the National Academy of Sciences, identified the distress signal - HMGB1. The authors believe it can be used to put “a megaphone in the system” to improve the treatment of injuries such as burns and leg ulcers.  Bone marrow was thought to play a role in repairing damaged skin, but the exact process was unknown. Scientists at Osaka University and King’s College London gave mice bone marrow cells that glow green - which can be tracked while moving round the body.

They then wounded the mice and some were given skin grafts. In mice without grafts, very few stem cells travelled to the wound. Those with grafts had many stem cells travelling to the wound. Professor John McGrath, from King’s College London, says grafted skin tissue has no blood vessels and therefore no oxygen. He says this environment leads to the release of HMGB1 - or what he called a ‘Save Our Skin signal’ - which results in stem cells moving to the wound. He said: “It could have a very big impact on regenerative medicine for treating people with rare genetic illnesses and more common problems such as burns and ulcers. “It could potentially revolutionise the management of wound healing.”

Excellent. Of course those who oppose animal research would impede these advances because mice are intentionally wounded.  Never mind that it is done toward the end of materially helping wounded people.

Meanwhile, on the IPSC front, Yamanaka—who refused to use ESCs because he saw his own children in them—has increased the efficiency of a method of creating pluripotent stem cells that don’t appear to cause tumors.  From the science-jargon filled paper published in Nature Methods:

President George W. Bush was right: We can have our regenerative medical science and our ethics too.
0
Print
Email
Prev Article
Next Article