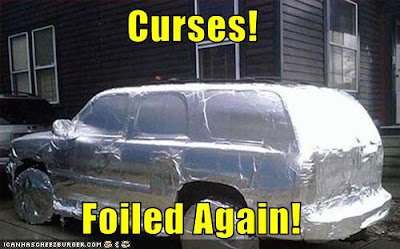 As predictable as the timing of the tides, a left wing think tank blames global warming for the recent tornadoes.  But I must admit, Think Progress cut to the chase to save time when future weather events occur. From the blog entry “Storms Kill Over 250 Americans In States Represented By Climate Pollution Deniers:”

“Given that global warming is unequivocal,” climate scientist Kevin Trenberth cautioned the American Meteorological Society in January of this year, “the null hypothesis should be that all weather events are affected by global warming rather than the inane statements along the lines of ‘of course we cannot attribute any particular weather event to global warming.’”

No matter what, it’s global warming!  Does that mean I can credit global warming for the beautiful, cool days we have been experiencing here in the SF Bay area? Just lovely! Please.

Reality check:  The powerful and tragic tornadoes were caused by the jet stream and/or a “perfect storm” confluence of conditions.  From the story:

Brooks said a storm system coming in from the cold Rocky Mountains was on a collision course with a low pressure system bringing warm, moist air from the Gulf of Mexico — perfect conditions for a perfect storm. “The winds were strong out of the South at low levels and strong out of the West at higher levels and that meant storms became organized in such a way they were able to produce horrific tornadoes,” Brooks said.

So what’s triggering all these twisters? Some experts believe a lingering La Niña system in the Pacific has shifted the pattern of wind flows across the United States. Others blame an unusually strong jet stream.

But surely, this combination of weather conditions were caused global warming!  Please, please, please? Sorry, hysterics. From the story:

A top official at the National Oceanic and Atmospheric Administration (NOAA) rejected claims by environmental activists that the outbreak of tornadoes ravaging the American South is related to climate change brought on by global warming. Greg Carbin, the warning coordination meteorologist at NOAA’s Storm Prediction Center in Norman, Oklahoma, said warming trends do create more of the fuel that tornadoes require, such as moisture, but that they also deprive tornadoes of another essential ingredient: wind shear.

“We know we have a warming going on,” Carbin told Fox News in an interview Thursday, but added: “There really is no scientific consensus or connection [between global warming and tornadic activity]….Jumping from a large-scale event like global warming to relatively small-scale events like tornadoes is a huge leap across a variety of scales.” Asked if climate change should be “acquitted” in a jury trial where it stood charged with responsibility for tornadoes, Carbin replied: “I would say that is the right verdict, yes.” Because there is no direct connection as yet established between the two? “That’s correct,” Carbin replied.

But that won’t stop the GWHs. And every time they do it, they hurt the warming alarmist’s cause.
0
Print
Email
Prev Article
Next Article