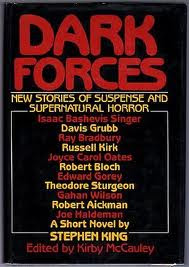 The Canadian Supreme Court already ruled that there is no constitutional right to assisted suicide.  But, the one thing you can say about assisted suicide activists—they never take no for an answer, they never quit.  And now, a new lawsuit is planned.  From the story:

Nearly two decades after the country’s highest court ruled against a B.C. woman who wanted to be euthanized, another B.C. woman’s case has laid the groundwork for a challenge to Canada’s assisted-suicide laws. The B.C. Civil Liberties Association – along with a daughter who helped arrange her elderly mother’s death – announced the lawsuit at a news conference in downtown Vancouver Tuesday morning. In a notice of claim filed in B.C. Supreme Court, the parties argued that Criminal Code provisions against physician-assisted death are unconstitutional because they deny individuals the right to control their physical, emotional and psychological dignity.

Well, if that is true, such assistance should be available to anyone who wants it. After all, if being made dead is a fundamental human right, it has to be available to everyone.
0
Print
Email
Prev Article
Next Article