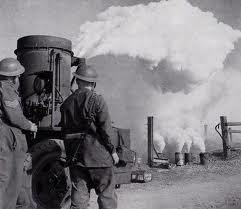 Romneycare—the moniker for the MA universal coverage law, named after former Governor and potential 2012 Republican presidential Candidate, Mitt Romney—is a mini Obamacare. Indeed, the president’s political handlers have said that the inspiration for the national law was the one crafted under Romney in MA—but of course, they could have been trying to hurt Romney politically with such a cynical “compliment.”

Be that as it may, MA is experiencing a terrible health care cost spiral, and an end of life care commission was created to find ways better serve the dying people of Massachusetts.  One state columnist smells a health car rationing rat in its recommendation for mandatory end-of-life-care informed consent.  From Mike Stopa’s, “Rationing by Any Other Name:”

...[A] recently released report by the Expert Panel on End of Life Care organized under Governor Patrick’s Health Care Quality and Cost Control Council emphasizes that many more of us would rather die at home; that we want that familiar view out our bedroom window instead of those cold, faceless hospital rooms with all those complicated machines. Many of us are willing, nay eager to let slip the mortal coil if we can only do so in a more caring, dignified environment. In short, in the words of panel co-chair Lachlan Forrow: “our expert commission actually wanted people not to think about cost. That’s not the point.”

Pardon Stopa’s skepticism—and mine.  Often these “commissions” are really about getting people to do what “the experts” want them to do—in the name of promoting “patient choices.”  Stopa is awake and smelling the coffee:

The report by the End of Life Experts suggests many carrots to entice the terminally ill to get out of the hospital, but it also contains one simple, all-encompassing stick. Specifically, the Experts recommend that “any Commonwealth payment reform initiative should be designed to ensure that, for all patients with serious advancing illness...payment for medical services requires adequate documentation that they are based on the well-informed wishes of patients (or appropriate surrogates), including understanding of life-prolonging and palliative care or hospice alternatives.”...

The fact is that the mandate of the Governor’s Panel of Experts on End of Life Planning is to “identify best practices for end-of-life care...(and) present recommendations for any legislative, regulatory, or other policy changes necessary to implement its recommendations.”... And then they want to raise our consciousness so we don’t waste everyone else’s money fighting needlessly for an extra breath or two.

The wise and gentle cartographers of our healthcare future don’t like harsh words like “cost-control” or “rationing.” And so they prefer to convince the terminally ill that they want to go home and die rather than have to tell them that they have no other choice.

There’s a piquant irony here.  The people who would be most likely to support such a  mandatory end-of-life-care informed consent policy are the very ones most likely to oppose forced informed consent about abortion, and, to be fair, visa-versa.  But here’s the difference: Pro life supporters of the abortion informed consent laws make no bones about their goal—fewer abortions—and a recent study indicates these (and other) state laws have succeeded in that quest. But the MA commission seems reluctant to admit its purpose is to dissuade terminally ill people from seeking to remain alive by expensive means.

Now, whether mandatory informed consent eventually translates into a heads we win—you choose not to receive expensive care—and tails you lose—if you want expensive care, we won’t let you have it—as Stopa suggests, remains to be seen. It is one things to promote the heads side of the coin, and quite another politically to cut people off from wanted life-extending care.

I don’t think people would stand for it.   But then, that’s where futile care theory comes in—it’s ad hoc and generally behind the scenes.
0
Print
Email
Prev Article
Next Article