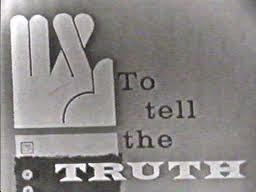 I have written about the ubiquitous media bias in the stem cell/cloning debates so often that I feel like I am trying to empty the ocean with a cup. But it is worth noting that my Discover Institute colleague, David Klinghoffer, take a good swing at it today in NRO—and connects. From “The Stem Cell War:”

In Minnesota right now, state GOP lawmakers are trying to ban the cloning of human embryos, a technology tied to embryonic-stem-cell research. Critics of the legislation say it’s just another instance of the war on science. To prove it, they brought forward a woman, Trisha Knuth, whose little boy, Charlie, has been relieved of a horrific skin disease by a stem-cell transplant. The only problem with this story is that the therapy that healed Charlie uses adult stem cells, from a donor. Yet when Charlie’s mother testified impassionedly to the Minnesota legislature, you had to search carefully in media reports for the information that her son’s healing actually had no connection with embryonic stem cells. “That happens all the time!” an exasperated Dr. Theresa Deisher told me. Deisher is the Stanford-trained biotech researcher whose lawsuit last year shut down government funding of ESCR for 17 days.

Yes indeed, it certainly does.

The dilemma that pits medicine against conservatism or science against religion is as false as the one that, in the climate debate, seeks to put capitalism and the environment in conflict. In a false dilemma, alternatives and gradations are arbitrarily excluded. That’s a technique of manipulation popular with activists seeking to drive a wedge between their political opponents and the public. The real war here is not a war on science. It’s a war on truth.