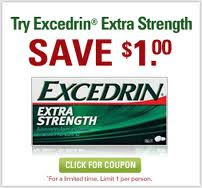 The Supreme Court has refused to take the Obamacare cases on an expedited basis.  From the story:

The Supreme Court on Monday turned down Virginia’s request that it rule immediately on the constitutionality of the nation’s health-care overhaul. Various challenges to the health-care law championed by the Obama administration and passed by the Democratic-controlled Congress in 2010 are proceeding rapidly. Hearings are scheduled for next month in the U.S. Court of Appeals for the 4th Circuit in Richmond, and two other appellate courts will address the issue in June. Depending on the speed of the appeals courts and the legal process, the issue could arrive back at the court by next year, in the thick of the next presidential election.

I know the Supremes usually like the lower courts to sort through different arguments and get a sense of where the legal lines are drawn prior to a final judicial denouement. But this is an extraordinary situation, and going through the usual procedure is not good for the country.  We need to know sooner rather than later whether the law is constitutional, and if the individual mandate is not—as I believe—whether the rest of the law remains in effect.

We now face extended guerrilla political warfare over what may turn out to be an unconstitutional law. Opponents will undermine it in every way legally possible. Obama will continue to give mass exemptions from regulations to keep the worst impact from hitting before the reelection attempt. The Administration will also put the bureaucrats on overtime pay to promulgate tens of thousands of enterprise stifling and confounding regulations in order to create a fait accompli imperative that they hope will discourage the Supremes from taking the law out.  What a mess.

On the bright side—oh, there is no bright side.
0
Print
Email
Prev Article
Next Article