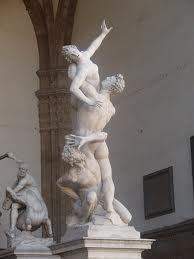 Human males have never been thought of as models of sexual restraint — and with good reason. From the moment the adolescent libido begins to boot up, boys seem to enter an ongoing state of emotional — if not literal — priapism, from which they never fully emerge. As far as nature is concerned, this is just fine. The goal of any organism, after all, is to ensure the survival and propagation of its genes, and males — far more so than females — are eminently equipped to do that. Even the world’s most reproductively prolific mothers rarely produce more than eight or nine children in a lifetime. Males can conceive everyday, even multiple times a day, and come emotionally hardwired to do just that.

Part of the reason they don’t, apart from the impracticality of trying to raise a brood of 200 children, is that they just don’t get that many mating opportunities. Sex requires a willing partner, and females, with so much more on the line in terms of the time, effort and energy that pregnancy and child-rearing involve, can be extremely selective in choosing mates. That requires males to develop a whole suite of emotional muscles — self-denial, self-restraint, a facility for delayed gratification — that will help them cope with an appetite that at some levels will never be fully satisfied. And that, in turn, is a central pillar of monogamy and fidelity.

What a reductionist and insulting view of men.  When we are sexually attracted to a woman, we are not like a bull bison smelling a cow in heat, better get out of the way!  That is to say, evolution does not force men to be heels. That’s one of the things that make us exceptional, we’ve moved beyond pure biological imperatives. Bad character is a choice, not an irresistible compulsion.

And get this nonsense:

That same phenomenon, Josephs believes, may explain the public outrage when sexual misbehavior of elites — particularly the kind that involves violence or assault — become public. “We don’t want our leaders to be philanderers,” he says. “In an egalitarian society, nobody should monopolize all of the females or sleep with our wives, or we’re going to get even.”

Good grief.  It isn’t a communal sense of equal entitlement to women’s favors that causes upset.  We believe that character matters and that our leaders should be good role models.  Moreover, we loathe sexual assault and rape no matter who does it because it is a violent act that denigrates the victim and violates her bodily integrity.  Indeed, only humans can commit “rape” precisely because we are moral agents and can be held to account accordingly.  (Thus, when male dolphins force themselves on unwilling females, they don’t commit rape.  They are just being dolpins. )

And yet, not every society shares the Western view of sexual fidelity.  It is cultural, which is to say, that this is another example in which humans have moved beyond pure evolution to control the ways in which we decide to live and the cultural norms to which we are expected to adhere.

Finally, there is an interesting word that isn’t mentioned once in the article, a word that has the power to tame even the most robust male (and female) sex drive: Love.  Well, that and raw fear.  I know what Secondhand Smokette would do if I ever strayed!
0
Print
Email
Prev Article
Next Article